That's Adele doing "I Like Wine."  I love that song and I love 30 because it's go tmusic.  The piano on that song above really helps put it over.  For me, 25 didn't sound like music.  I missed the instruments.  Way too much synthesizers for me.

I was just going to highlight Adele but then I saw this from NPR:

According to MRC Data's 2021 U.S. Year-End Report, the big winners of 2021 were Morgan Wallen, Adele, world music, old favorites and vinyl. The annual report is presented in collaboration with Billboard.

Wallen's bad-boy behavior likely helped sales of his release, Dangerous: The Double Album. The album was the top seller across genres, with 3.2 million units sold. In February, 2021 Wallen was caught on video using a racial slur. About four months earlier, Saturday Night Live canceled his debut appearance when he was caught violating the show's COVID protocols. But in 2021 they invited him back. As Stephen Thompson of NPR Music put it, "Wallen has long had a 'repeatedly arrested outside Kid Rock's bar' vibe to him, although to be fair, he's only been arrested outside Kid Rock's bar once."

UK pop star Adele charmed millions of fans around the world with 30. In its first week, the singer's fourth studio album sold 839,000 copies, making it the highest album sales debut in four years. In separate record-breaking news, Adele made music history in 2021 when she became the first female artist to have an album spend 10 consecutive years on the Billboard Top 200. That album, 21, was released a decade ago.

There was an issue that Beth addressed regarding whether Morgan Wallen wasn't getting the credit he deserved in Kat's "2021 in music"  She went with sources -- and linked to one -- that were saying it was Adele who had the best selling album.  Apparently it was Morgan.

This was not an attempt to deny Morgan.  This community didn't give a damn about the manufactured incident that had him being attacked publicly.

I'm African-American.  Morgan was not screaming in anger at somebody the N-word.  He was talking to a friend of his and saying goodnight.

Sadly, in my community, too many people do that.  I odn't.  But we send  a message and Morgan picked up on it.  He wasn't trying to be racist, he was trying to be ool.

I took no offense and I still don't.  I don't see him as racist now and didn't then.

If he had the highest selling album, more power to him.  Congratulations to him.  But Adele made my favorite album of the year (followed by Chase Rice's The Album).

Nate Silver shot off his stupid mouth and a horde came out to pretend that the Iraq War mattered.  Pretend?  All have platforms.  All use the smugness to attack Nate, none use their platforms to highlight what goes on in Iraq and none have done so in years.  Here for NEWSWEEK's coverage.

In the real world, Iraq remains without a government.  The Parliament dissolved immediately ahead of the October 10th elections.  January 9th, the new Parliament is supposed to meet long enough to name a (ceremonial) President and a prime minister-designate (who will then have 30 days to form a government) and a prime minister.  That will be three months after elections.

For now the political stalemate continues and Iraq remains without a Parliament.   AL-MONITOR highlights the following:

165 is the number that needs to be reached which is why meetings continue to take place.  RUDAW notes:

A delegation from the Sadrist bloc met with the Kurdistan Democratic Party (KDP) leader Masoud Barzani in Erbil on Tuesday, discussing the October 10 elections and the formation of a new government for Iraq, according to Barzani’s office.

“They talked about the political process in Iraq, election results and the efforts to hold the first meeting of the Iraqi parliament and the formation of a new Iraqi government,” read a statement from Barzani’s office. Both sides emphasized on overcoming challenges in the country as well as the resolution of Erbil-Baghdad issues, it added.

Hassan al-Athari, head of the bloc, led the delegation.

“They [Sadrist bloc] believe that the next government should be different from the previous ones which were formed based on consensus. They think that some of the winners who have gained most of the seats should form the [new] cabinet while some others remain as opposition,” Mahmoud Mohammed, KDP spokesperson, later told Rudaw’s Hawraz Gulpi.

Outside Iraq, War Criminal Tony Blair remains in the news -- and in the hot seat.  From their house of shame -- racism accusations, hanging out with pedophiles, Prince Andrew being accused of rape -- England's royal family decided the way to celebrate the end of 2021 was to knight Tony.  It has not gone well. ALJAZEERA notes "an opinion poll published by UK polling company YouGov revealed 63 percent of Britons are opposed to Blair being knighted."  THE WALL STREET JOURNAL points out some of the backlash.  Some, not all.  The so-called royal honor comes as more of Tony's lies and deceptions float from the gutter he lives in.  YENI SAFIK reports:

Former British Defense Secretary Geoff Hoon, who was in office during the Iraq War, claimed he was told to burn a memo from the attorney general that said the invasion of Iraq could be illegal, local media reported Wednesday.

Hoon served as defense secretary between 1999 and 2003 under former Prime Minister Tony Blair. Iraq was invaded in 2003 by a coalition led mainly by the US and the UK.

Hoon made the claim in his recently published memoir See How They Run.

In revelations that critics say cast further doubt on the decision to award the former prime minister a knighthood, Hoon recalled in extracts from his recently published memoir that Blair’s chief of staff had instructed him to burn the document.

Hoon wrote in his memoir, See How They Run, that he had had been under pressure from Mike Boyce, the chief of defence staff, to provide him with clear legal direction that his forces could take action in Iraq, in lieu of a UN resolution authorising force, the Daily Mail reported.

In disclosures that have boosted ongoing attempts to strip the former prime minister of his recently conferred knighthood, Hoon reportedly revealed that Blair’s chief of staff Jonathan Powell had instructed him “in no uncertain terms” to destroy the legal document.

When reports of the allegation first surfaced in 2015, they were dismissed by Blair as “nonsense.” But Hoon has resurrected the claim in a tell-all book, titled ‘See How They Run’, according to the Daily Mail. The paper said Hoon has provided details of a “cover-up” at Downing Street.

The former Labour minister said he was sent a copy of the “very long and very detailed legal opinion,” written by then-Attorney General Peter Goldsmith, “under conditions of considerable secrecy” and told he should “not discuss its contents with anyone else.”

This underlines once more what a disastrous act of aggression the war on Iraq was. Parliament must never be misled into backing an illegal war again.

independent.co.uk
Tony Blair’s defence chief ‘told to burn memo saying Iraq invasion could be illegal’
Former minister Geoff Hoon claims he was told ‘in no uncertain terms’ to get rid of advice
6:21 AM · Jan 6, 2022

Tony Blair had a child rapist from Pakistan made a Lord - "Lord Ahmed of Rotherham". Rotherham as we know is world famous for industrial scale abuse of this sort. Sordid stuff.

The tide is turning against Tony.  ITV reports:

A mother from Abergavenny whose son was killed in Afghanistan in 2009 said she's "devastated" at plans to award former prime minister Sir Tony Blair a knighthood.

Hazel Hunt has written an open letter to the Queen alongside five other women who lost children during the Iraq and Afghanistan conflicts.

In the letter they ask the Queen to reconsider the honour which "tramples on our son's sacrifices."

In the letter they write: "The news of Tony Blair's knighthood has set us back years.

"It makes a mockery of our children's lives, and we are struggling to cope with it."

It continues: "Our young sons were in the prime of their lives when they died fighting a war we should never have been at.

"We can never get over that loss, but our misery is compounded knowing that the man responsible is being honoured."

A U.S. appeals court on Tuesday revived a lawsuit against AstraZeneca Plc (AZN.L), Pfizer Inc (PFE.N) and other companies over allegations their contracts with Iraq's health ministry helped fund terrorism that killed Americans during the war in Iraq.

The plaintiffs contend that the militia group Jaysh al-Mahdi, sponsored by Hezbollah, controlled Iraq's health ministry and that the 21 defendant U.S. and European medical equipment and pharmaceutical companies made corrupt payments to obtain medical-supply contracts. 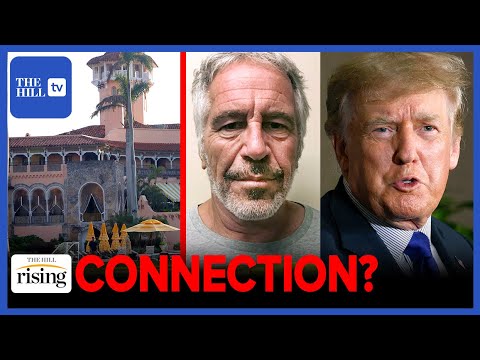