For me, Jill Stein is the answer.

Maybe voting for her for president isn't an answer for you?

I'll respect your vote if you respect mine.


Wednesday, October 12, 2016.  Chaos and violence continues as the US media covers for Hillary Clinton.


Of course they can't mention her foreign policy -- it's destroyed the world.

So instead FOREIGN POLICY focuses on her being Madam Token, President Token, The Token In Chief.

And she focuses on demonstrating that she's the best defender of girls and women by . . . bring Al Gore out on the campaign trail.  As Jeffrey St. Clair (COUNTERPUNCH) pointed out:

+ This week HRC sends Al Gore out on the campaign trail as her personal envoy to millennials, despite three allegations against the former VP for sexual assault. Why no outrage from feminists or Nation magazine editors?
+ Josh and I interviewed Al Gore’s Portland accuser for a couple of hours. She sounded very credible to us.
+I thought it was now incumbent upon liberal minded people to believe the stories of victims of sexual assault? But apparently liberal politicians are exempt from this rule.

+ Indeed, liberals habitually dismiss these sorts of allegations against their own kind–JFK (worshipped as a national demi-god, even after his sexual relationship with a 19-year-old intern named Mimi Alford), Bill Clinton (sexual assault allegations by Paula Jones, Kathrine Willey and Juanita Brodderick), Joe Biden (who had a notorious reputation for “hitting on” senate staffers, including the wife of a longtime CounterPunch writer), Ted Kennedy, who killed one woman and was allegedly involved in a 3-way with another Democratic senator (and one-time presidential candidate), an encounter known among DC insiders as “the waitress sandwich.” All still viewed as Heroes by the Left.


When feminists stand up to the Democratic Party, they tend to get trashed -- especially by the media.  Witness what was done to Molly Yard when she was president of NOW and floated the notion that a third party was needed.  Please note, THE NATION, et al, did not rush to Molly's defense as editorials and columns appeared with headlines like "Molly Yard Needs To Shut Up."

While feminists (non)leaders have worked the corner for their pimps, honest feminist voices have called Hillary out.  That includes feminist Jill Stein (Green Party presidential candidate).  That includes Liza Featherstone whose new book is FALSE CHOICES: THE FAUX FEMINISM OF HILLARY RODHAM CLINTON.


Neera Tanden is not a feminist.  She's a woman.

She's a woman hungry for power.

That doesn't make her a feminist.

She's another corporate whore out to protect corporations.

He knows, for example, his old buddy's niece Laura Flanders.

Now she urges you not just to vote for Hillary but to get out in the street for her.

She could be against Hillary when Hillary didn't have the nomination.

Which is why she wrote everything she did in 2008.

Now she's just another whore on the street corner -- but her streets get seedier and seedier.


Al Gore's return has prompted not talk of his harassment but instead of 2000.


How stupid is this strain of liars?

"Did Nader even vote in the election?"

Does idiot shannon1196 think that Iraq War vote was an election?

The idiots are out in full force and you saw them on MSNBC -- as usual -- yesterday.

'Nader stole the election from Gore! If it wasn't for Florida . . .'

No, you miserable liars.

Elections are not football games -- but I get that you're too stupid to grasp politics.

A 50 state election is politics.

And Florida captures the liars attention because its results were in dispute.

Reality, Florida's vote wouldn't have mattered at all if Al Gore could have won Tennessee -- his home state.

How do you lose your home state?

By being deeply unpopular.

But long before he was a serial cheater, Al was a failed presidential candidate -- repeatedly.

And if he had carried his home state -- regardless of Florida's final tally -- he would have become president.


Hillary's getting plenty of attention in Iraq.

Yes, the Donald Trump tape.  Absolutely meaningless to foreign policy or a domestic agenda and not really that shocking.

How did it surface again?

Clinton has long been the favorite of the corporate media, and her best TV friends are at NBC. The network had known for months about the 11-year-old tape in which its current employee, Billy Bush, a cousin and nephew of two presidents, joined with Trump in piggish banter degrading women. NBC chose to release the tape at precisely the right moment to suck the air out of a new batch of Wikileaks documents that could have been catastrophic for the Clinton campaign. As a result, everybody and their mother knows that Trump brags about grabbing women’s private parts, but far fewer folks learned what Clinton said to those bankers and other One Percenters that have paid her $26 million for private speeches. If the contents of her bankster speeches had been divulged at the height of her primary race against Bernie Sanders, Clinton would never have won the nomination, because they reveal her as a methodical, cynical liar who wants to cut Social Security and send millions more jobs overseas.
Clinton told the bankers at Morgan Stanley that she agreed with the co-chairs of President Obama’s Deficit Reduction Commission, who proposed cutting Social Security and making Americans wait longer to collect their benefits. She called that “the right framework” to “restrain spending” and “incentivize growth”

To earn her $200,000-plus check, Clinton confided to Brazilian bankers that her “dream” is "a hemispheric common market, with open trade and open borders” -- that is, a kind of super-NAFTA agreement that stretches from the North Pole to the South Pole. Even Santa Claus would get outsourced in Hillary’s vision of “free trade.”

Of course the press had to work up outrage over the Trump tape. Wikileaks revealed the contents of Hillary’s speeches before corporate audiences. She and her husband have gotten rich by doing the business of the 1% and simultaneously got their buy in for her campaign. Of course, Republicans also bow down to the ruling classes. When the unpredictable Trump made noises about the trade deals beloved by both parties he wrote his political obituary.
Trump supporters like their guy, warts and all. They are very unhappy with the Republican leadership who are pushing him under the bus. This ginned up frenzy is meant to keep Democrats from staying home on election day or voting for the Green Party instead of for corrupt Hillary. The only way to pull the awful Hillary over the finish line is to raise the level of disgust directed at Donald.

No stone is being left unturned. In their herculean the effort to make the unlikeable Hillary likeable, the Democrats also resurrected the canard of Russian involvement in the damning email leaks. In the next four weeks we can expect to hear more filthy talk and claims of Putinite conspiracy. The nonsense is all in the service of keeping both wings of the duopoly happy with the result.


Any media not telling you about those e-mails is not a media interested in serving the public.  That includes the laughable NATION magazine.  They are whores, all of the media, covering up the exposures from WikiLeaks as they rush to go to the well on a tape of two blow hards only revealing (a) they don't know women and (b) they don't have satisfying sex lives.


This morning has seen even more e-mails released by WikiLeaks:

The American media is no longer trusted because of the whoring they did for the Iraq War.

The American media didn't get better.

WikiLeaks ‏@wikileaks  19h19 hours ago
How Democrat aligned journalists threw the facts out the window to make a Russian conspiracy about WikiLeaks & Trump
0 replies6,237 retweets6,379 likes 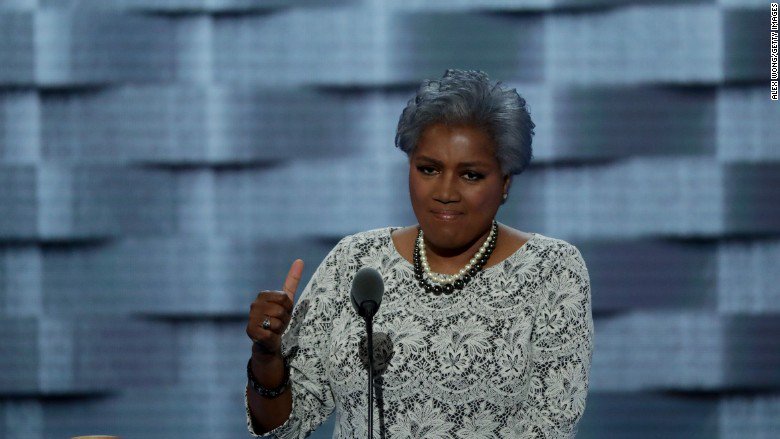 CNNMoney @CNNMoney
Wikileaks mystery: How did a town hall question get to @HillaryClinton's campaign? cnnmon.ie/2dIrI2L Via @CNNent
0 replies2,567 retweets2,129 likes

Stop pretending we have a fre press in the United States, we don't.

This is the media that sold the war.

They have completely destroyed American's faith in the press.


She's a liar and she's the media's poster girl, their it girl.

That didn't happen by accident.

The EconomistVerified account ‏@TheEconomist  7h7 hours ago
To ensure a post-IS peace, Iraq's Sunnis must play a role in the country's future econ.st/2dqinJX 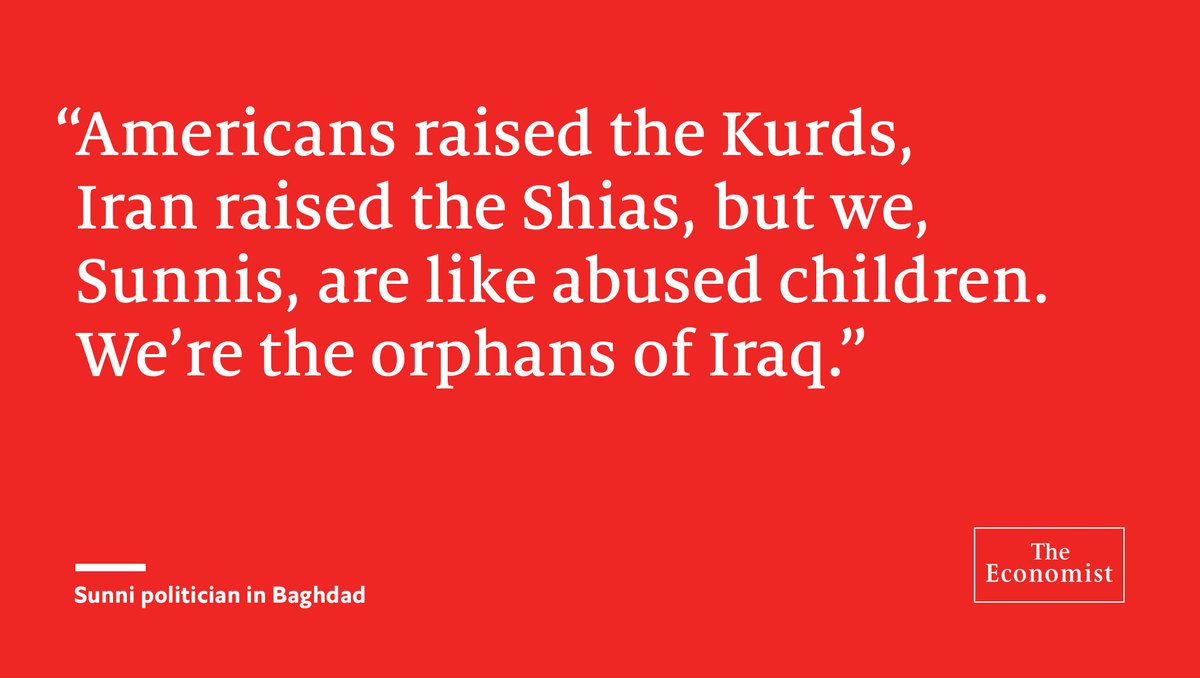 The American media has spent 8 years -- Barack's two terms as president -- ignoring that belief.  And that belief has grown and grown as US-installed leaders of Iraq have persecuted the Sunnis.


It's what prompted the rise of the Islamic State in Iraq -- but the press and the White House ignored it.

It has become the most deeply held political belief in the Arab world -- but most Americans have no idea of that because US media doesn't cover it.

The Sunnis are persecuted in Iraq.

And that persecution is going to result in years of struggle -- most likely global struggle -- if it is not addressed and addressed quickly.