Now they go after Jill Stein

Of course they're going after Jill Stein.

Hillary has nothing to offer so what else can she do?

July 21, 2016.  Chaos and violence continue, meet-ups to 'help' Iraqis continue, talk of five US bases being built in the KRG circulates, and much more.

The never-ending Iraq War continues with the US Defense Dept announcing today:

Strikes in Iraq
Fighter and remotely piloted aircraft conducted 11 strikes in Iraq, coordinated with and in support of Iraq’s government:

-- Near Haditha, a strike destroyed an ISIL command-and-control node.

-- Near Sinjar, a strike struck an ISIL tactical unit.

Thought that was one of the 'liberated' cities.

Don't wait for the press to ask.

And none of these bombings helps the Iraqi people in need, does it? 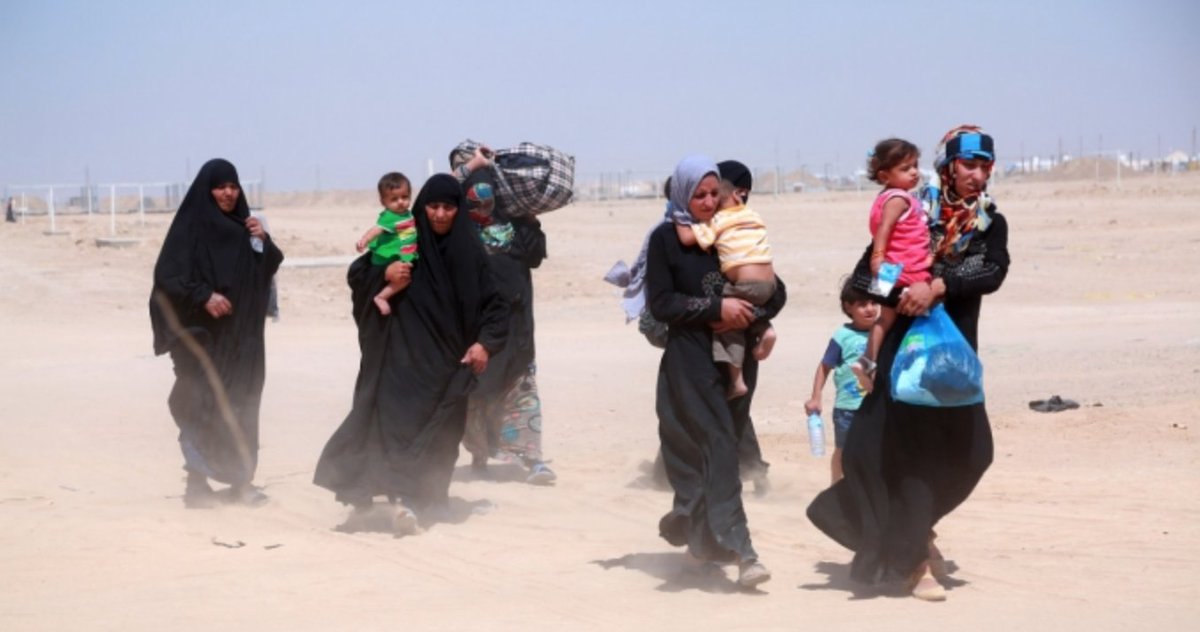 At today's State Dept press briefing, spokesperson John Kirby declared, "Yesterday, also I think as you know, the Secretary [of State John Kerry] hosted the Pledging Conference for Iraq, which raised over $2.1 billion from the international community, to include $316 million from the United States – funds that will provide Iraq with critical stabilization and humanitarian support."


What's he talking about?

He was too busy playing Secretary of Defense to explain.

But very importantly, there’s much more than just the military campaign. We’re very focused on what comes after ISIL in these areas. So as a coalition we’ve established two stabilization funding facilities, one a funding facility for immediate stabilization. This is kind of to get the lights on, to get police trained, to get them back in the streets, to allow people to return to their homes. And this has actually been quite successful. We have about $100 million in the fund at any given time. And in the city of Tikrit, for example, nearly the entire population has returned to the city of Tikrit. And overall in Iraq, we’ve liberated about 50 percent of the territory from ISIL and more than 700,000 Iraqis have returned to their homes in areas that ISIL used to control.


Wednesday, US Secretary of Defense Ash Carter spoke about the military aspects:


As I said earlier today, our coalition's military campaign plan has three objectives.  First, to destroy the ISIL parent tumor in Iraq and Syria.  That's necessary, but it's not sufficient.  As recent attacks remind us, ISIL safe havens threaten not only the lives of Iraqi and Syrian people, but also the security of our own citizens.

And the sooner we defeat ISIL in Iraq and Syria, the safer our countries will be.

So our second objective is to combat ISIL's metastasizes everywhere they emerge around the world.  And third, and most important, to help protect our homelands.

In January this year, we updated our comprehensive coalition military campaign plan to accomplish the military aspects of these three objectives.  And we've pursued a number of deliberate decisions and actions to accelerate this plan and hasten ISIL's lasting defeat.

And since then, in play after play, town after town, from every direction and in every domain, our campaign has accelerated further, squeezing ISIL and rolling it back towards Raqqah and Mosul.  By isolating these two cities, we're effectively setting the stage to collapse ISIL's control over them.

Thanks to the hard work and sacrifice of our local partners and our service members, and more contributions from the nations that met here today, we seized opportunities, reinforced success, and taken the fight to the enemy.

But we're not going to rest.  Today, we reviewed and agreed on the next plays in our campaign, which of course we won't discuss publicly yet, but let me be clear, they culminate in the collapse of ISIL's control over the cities of Mosul and Raqqah.

Now, before I continue, I want to say that we're aware of reports of civilian casualties that may be related to recent coalition airstrikes near Manbij city in Syria, which is one of the last junctions connecting Raqqah to the outside world.  We'll investigate these reports and continue to do all we can to protect civilians from harm.

Being scrupulously careful to avoid civilian casualties and being transparent about this issue is a reflection of the civilized nature of this coalition.

Getting back to the future campaign and the next plays, after detailing those next plays, we identified the capabilities and the support required to execute those plays.  Since our first full defense ministerial in Brussels in February, our nations, including the United States, have provided even more support to accelerate the campaign, as our local partners have made advances.

But we're all going to need to do more.  For the United States' part, President Obama decided to deploy an additional 560 troops to support the Iraqi security forces in their offensive to retake Mosul.  And on my visit to Iraq last week, where I met with Prime Minister Abadi and Defense Minister Obaidi, who by the way is here today and I was pleased to speak with him and he spoke to the other ministers several times -- I offered to share some of our hard-earned expertise in countering improvised explosive devices with the Iraqi security forces.

In fact, the director of our joint improvised threat defeat agency, Lieutenant General Mike Shields, is in Baghdad today meeting with Iraqi officials to discuss this topic, a pledge I made to Prime Minister Abadi last week.


Meanwhile, away from the meet-ups, a document the US government signed is in the news. Mustafa Saadoun (AL-MONITOR) reports:

The military protocol agreement signed July 12 between the Iraqi Kurdistan Regional Government and the United States might create controversy in Iraq’s public and political circles, especially those that do not have good relations with the United States and are preparing to fight US forces if they step on Iraqi soil. According to officials in Kurdistan, the agreement states that five US bases should be built in the Iraqi Kurdistan Region areas of Erbil, Atrush, Harir, Dahuk and Sinjar. Moreover, the United States vowed to pay the salaries of the Kurdish peshmerga for 10 years, although this has not been confirmed by any US party.
Perhaps this agreement will give the peshmerga more autonomy and international legitimacy, but at the same time it might create problems with its counterparts in Iraq such as the predominately Shiite Popular Mobilization Units (PMU) and the Sunni tribal forces. The agreement will allow the peshmerga to equal the Iraqi army in strength and might provide it with more arms and develop it further in the future. During the liberation of Iraqi areas, clashes broke out between the peshmerga and forces from the Iraqi army and the PMU, the last of which was in April in Tuz Khormato.
The PMU that are close to Iran have increased in number and become better equipped, and they are almost on par with the Iraqi army. They enjoy huge influence in Iraq that might be greater than that of the Iraqi army. However, the tribal forces that constitute the Sunni version of the PMU do not have the same impact.


ALSUMARIA reports that US Ambassador to Iraq Stuart Jones told the network today that Baghdad is fully aware of the agreement the US signed with the KRG.  ALL IRAQ NEWS notes that Jones has stated that the US has "no intention to set up bases" in the KRG.  NATIONAL IRAQI NEWS explains that the party of Shi'ite cleric and movement leader Moqtada al-Sadr is calling for Prime Minister Haider al-Abadi to nominate ministers to Parliament.

The agreement was signed 10 days after the KRG became the target of threats.


Tension prevailed at the Kurdish frontier between Iran and Kurdistan following the threat of General Hossein Salami, deputy chief of the Revolutionary Guards Corps, to launch an attack on a wide scale.
Salami explicitly said that the Islamic Revolutionary Guard Corps (IRGC) will not hesitate to strike and destroy any region that threatens the Iranian regime and hosts rebels.
Salami addressed top officials at Iraqi Kurdistan saying that Kurdistan should abide by its pledges or else the military response will be decisive. The General accused some of the countries in the region of supporting Kurdish opposition parties and playing with fire.

Kurdish Democratic Party of Iran official Khalid Wanawsha told Asharq Al-Awsat newspaper that the purpose of these threats is to exert pressure on Iraqi Kurdistan but this will not falter the party’s strive to gain the legitimate rights they are demanding.

Massoud Barzani is the President of the Kurdistan Regional Government.


Masoud Barzani ‏@masoud_barzani  Jul 12
Today in Erbil, the signing of a military MoU between the Kurdistan Region and the United States of America http://krp.org/english/articledisplay.aspx?id=D6ACSw+7qEY= …
206 retweets437 likes


That is what he Tweeted.  Here is what was posted on his official website regarding the agreement:

Ms. Slotkin stated that the Peshmerga forces will play an essential role in the Mosul operation just as they have played similar roles in other operations against the terrorists of the Islamic State.

President Barzani expressed his gratitude to the people and government of the United States for their support to the Kurdistan Region and for leading the collective effort to exterminate the terrorists of the Islamic State.

The meeting was attended by a number of military officials from both the United States and the Kurdistan Region and a memorandum of understanding on the military coordination between the Kurdistan Region and the United States was signed. The acting Minister of Peshmerga Affairs, Mr. Karim Sinjari and the the acting Assistant Secretary of Defense of International Security Affairs were the two signatories of the MoU.

The memorandum makes references to military and financial support to the Peshmerga forces and also to some of the details of the Mosul operation.

That makes no mention of bases -- which doesn't mean they're not in the agreement.

Nor does Jones' denial mean that the bases aren't in the agreement.

In the United States, the Republican Party wrapped up their political convention tonight with the party's nominee Donald Trump delivering a speech -- a speech Stephen Collinson (CNN) notes lasted "one hour and 15 minutes."

Gary Johnson is the presidential nominee for the Libertarian Party and this is from his Twitter feed:

Dr. Jill Stein ‏@DrJillStein  3h3 hours ago
Meanwhile, Hillary supports voodoo foreign policy where airstrikes & drones create peace for the US arms industry & trickles down to us all.
284 retweets473 likes

Jill Stein is the presumed presidential nominee of the Green Party.

Dr. Jill Stein ‏@DrJillStein  12h12 hours ago
Hillary Clinton understands if you can't vote for a warmongering corporatist like her. #VoteYourConscience

Dr. Jill Stein ‏@DrJillStein  3h3 hours ago
So Hillary is #ImWithHer. Now Donald is apparently #ImWithYou. I'm with anyone who is going to address 9ft sea level rise by 2050.
956 retweets1,961 likes

Tell it, Rose, tell it 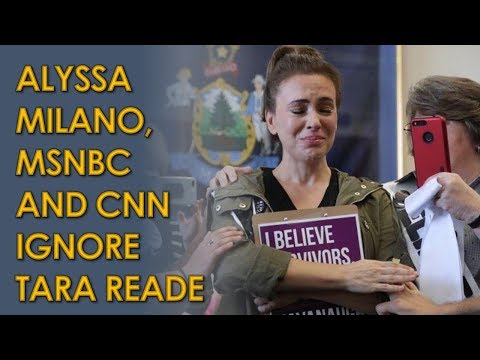