No public evidence has emerged

Shirtless Pundit‏ @zachhaller Sep 23
NYTimes finally admits: “Mr. Trump’s frustration with the Russian investigation is not surprising. He is right that no public evidence has emerged.”
0 replies20 retweets36 likes


Near the end of an exhaustively long piece meant to chronicle the "evidence" that few are likely to ever read in full, we find this bombshell candid admission:

Mr. Trump’s frustration with the Russian investigation is not surprising. He is right that no public evidence has emerged showing that his campaign conspired with Russia in the election interference or accepted Russian money.

In an astounding contradiction within a single NYT article, the "mountain of evidence" at the opening becomes Trump "is right that no public evidence has emerged" by the story's closing.
Enough said?...
That's right, after two years of almost 24/7 media coverage and frenzy over the Trump campaign and White House supposedly being under a perpetual Kremlin shadow of compromise, we have a 10,000 word piece by the "paper of record" attempting to tie all the "evidence" together which ultimately ends on a whimper.

Monday, September 24, 2018.  Months after the election, Iraq still has no prime minister and no president.


The competition for the post of president of Iraq appears to be getting more intense.  Last week, the PUK demanded that the post go to Barham Saleh.  As we noted Thursday:

There are huge efforts taking place to make Saleh look like the choice.  That includes efforts by the US and oil empires as well -- remember, Saleh sold the Kurds out to ExxonMobil.  Most recently, IRAQI NEWS joined the effort:


Iraqi Kurdish politician Barham Saleh has obtained approval from the head of the Kurdistan Democratic Party (KDP), Masud Barzani, to be the Kurdistan Region’s nominee for the presidency of Iraq.
A KDP source told Baghdad Today that Saleh, a former prime minister of Kurdistan, who was reinstated on Wednesday as a member of the region’s second ruling party, the Patriotic Union of Kurdistan, had met with Barzani twice away from media coverage and won the latter’s approval of his nomination for Iraq’s Presidency.


The source said the KDP is expected to officially declare its support for Saleh within the next few days.
Really?

Massoud Barzani doesn't even like Saleh.  Never has.  Now he's going to back Saleh?  Saleh's seen as an impediment to Kurdistan autonomy and Barzani is going to back him?


No, Massoud Barzani and the KDP were not going to fall in line behind the PUK's Saleh.  That was a lie from the Talabanis who resort to lies non-stop.  They're a tawdry family who decieved the Iraqi people for over a year and half.  That lie should prevent the PUK from holding the post of presidency for some time.

In 2012,  Iraqi President Jalal Talabani suffered a stroke.   The incident took place late on December 17, 2012 (see the December 18th snapshot) and resulted in Jalal being admitted to Baghdad's Medical Center Hospital.    Thursday, December 20, 2012, he was moved to Germany.  He remained there for a year and a half.  He was incapacitated.  But the Talabani family lied to everyone so that, as the Iraqi Constitution requires, Jalal wouldn't be removed from office.

They lied to the country.  They deceived the Iraqi people.  They propped him up and posed him for pictures -- leading Arabic media to mock it as WEEKEND AT BERNIE'S -- but they couldn't offer video because he couldn't speak.

He never spoke in public again.  Not even when he returned to Iraq 18 months after his stroke.

And yet a Talabani thinks they have a place to speak for the government today?

Iraq needed a president.  Yes, it's a ceremonial post.  But Iraq was in a very difficult position and it needed a president.  It's president was in a German sick bed and unable to speak or move.  Had the Iraqi people known that, they would have followed the Constitution and stripped him of his post.

When you are the trashy family that lied for over 18 months about the health of the president, you really need to back your tired ass up and sit it down because no one needs to hear from you.  You need to be on your knees begging the Iraqi people for forgiveness, apologizing to them for your lies.

The Talabanis have never apologized, they haven't even acknowledged their lies.

They are trash.  How much trash are they?

They couldn't even get a PUK member to accept their nomination.  They had to go with Saleh who publicly quit the PUK in 2017 -- insulting the PUK when he did.  They offered him the post this month and only then did Saleh rejoin the PUK.


Yesterday, the KDP nominated their own candidate proving (yet again) that the Talabanis are liars and the KDP was never going to back Saleh.


RUDAW reports,  "A native of Khanaqin, Hussein has lived much of his life in Baghdad and the Netherlands. He has a doctorate in international relations and speaks Kurdish, Arabic, English and Dutch.  After the fall of Saddam Hussein, he was put in charge of revamping the country’s education curriculum. He most recently served as chief of staff for former KRG President Masoud Barzani."

The trashy Talabani family's response?  They hiss "Jew!" in an attempt to destroy Fuad's chances.

Hiwa Talabany‏ @HTalabani 18h18 hours ago
If the KDP candidate for Iraq Presidency Dr Fuad Hussein becomes President, history will be made because his wife is Jewish and she will be the first Jewish First Lady in history for Iraq. Are the Iraqi’s ready for this ?
4 replies4 retweets13 likes


Leave it to a trashy Talabani, right?  Jalal Talabani's son Qubad is married to a Jewish woman or did Hiwa forget that when he was Tweeting.  And Qubad's wife is a US citizen and a former US State Dept employee.  Others are starting to notice what Talabani did as well:

May 12th, Iraq held national elections.  Ahead of the elections, there had been big hopes -- these hopes included a large turnout.   Ali Jawad (ANADOLU AGENCY) noted, "A total of 24 million Iraqis are eligible to cast their ballots to elect members of parliament, who will in turn elect the Iraqi president and prime minister."  RUDAW added, "Around 7,000 candidates have registered to stand in the May 12 poll, with 329 parliamentary seats up for grabs."  AFP explained that the nearly 7,000 candidates includes 2014 women.  THE SIASAT DAILY added, of the nearly 7,000 candidates, "According to the electoral commission, only 20 percent of the candidates are newcomers." Ali Abdul-Hassan and Sinan Salaheddin (AP) reported, "Iraqi women account for 57 percent of Iraq’s population of over 37 million, according to the U.N. Development Program, and despite government efforts to address gender inequality, the situation for Iraqi women has declined steadily since 2003.  According to the UNDP, one in every 10 Iraqi households is headed by a widow. In recent years, Iraqi women suffered further economic, social and political marginalization due to decades of wars, conflict, violence and sanctions."

Everything the US government planned on -- including Hayder al-Abadi coming in first and getting a second term as prime minister -- turned out to be false.

Mustapha Karkouti (GULF NEWS) identifies the key issues as follows, "Like in previous elections, the main concerns of ordinary Iraqis continue to be the lack of security and the rampant corruption."

As we noted the day of the election:

Corruption is a key issue and it was not a topic explored by candidates outside of Moqtada al-Sadr's coalition.  Empty lip service was offered.  Hayder al-Abadi, current prime minister, had been offering empty lip service for four years.  He did nothing.  Iraqis were supposed to think that, for example, Hayder's focus on ISIS in Mosul mattered.  All life was supposed to stop because of Mosul?  All expectations were to be ignored because of Mosul?

Arabic social media today and yesterday was full of comments about the lack of improvement in services.  It noted how the elections had not mattered before and, yes, how in 2010 the US government overturned the elections because they didn't like the outcome.


So it was probably only surprising to the US government and their press hacks that Hayder wouldn't come in first.  But that was after the votes were counted.  On the day of the election, the big news was how so few were turning out to vote.  NPR reported, "With more than 90 percent of the votes in, Iraq's election commission announced voter turnout of 44.5 percent. The figure is down sharply from 60 percent of eligible voters who cast their ballots in the last elections in 2014." AP pointed out the obvious, "No election since 2003 saw turnout below 60 percent."  AFP broke it down even more clearly "More than half of the nearly 24.5 million voters did not show up at the ballot box in the parliamentary election, the highest abstention rate since the first multiparty elections in 2005 [. . .]."


Hayder came in third.  Second place was the Iraqi militias led by Hadi al-Ameri and first place was Moqtada al-Sadr's bloc.  All of this took place on May 12th and Iraq still doesn't have a president.

This morning, they do have yet another candidate.

Journalist, #women's rights activist and local Erbil political figure, Sarwa Abdul Wahid is running for the presidency, making her the first woman to run for this position in #Iraq
0 replies0 retweets0 likes

Arab America‏ @Arab_America 26m26 minutes ago
Former Kurdistan Alliance deputy Sarwa Abdul Wahid announced on Sunday, that she would run for the presidency, which makes her the first woman to run for this position in Iraq. arabamerica.com/from-journalis… 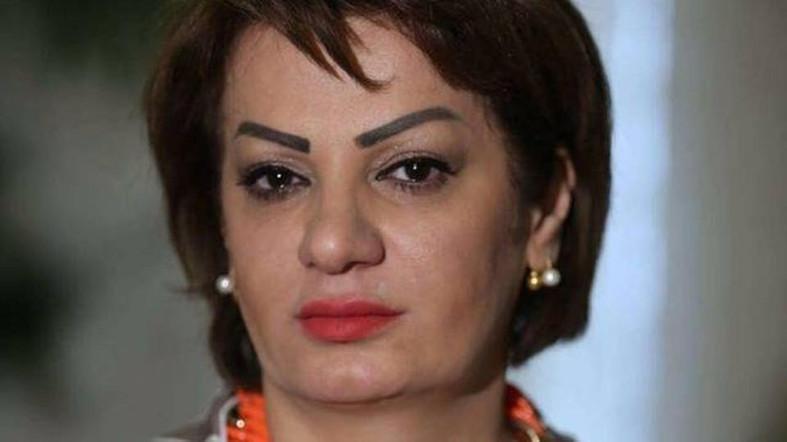 
This position did not give women the opportunity to take over sovereign positions, although the Constitution ensured equal opportunities and partnership.  I run today as a Kurdish Iraqi, independent of any political party, and without the support of any political party and without political consensus. However, I run and represent all the Iraqi national forces and women who are being marginalised by some parties.

It's a cermonial post.  So maybe the thing to do is to appoint someone for ceremonial reasons?  The Iraq War has destroyed the lives of Iraqi women.  The US government worked overtime to appoint fundamentalists who would destroy women's rights.  Maybe it can start to make real amends by backing her?  Maybe Hillary Clinton can back her?  Show some of that support for women she's always talking about but never offering?

Meanwhile THE NATIONAL notes, "Two other Kurds – former Goran MP Sardar Abdullah and Iraq’s ambassador to Rome Omar Barzinji – have also nominated themselves."  Regardless, it's a ceremonial post.  And it remains empty -- as does the post of prime minister.

On the latter, THE SAUDI GAZETTE reports a development:


SOURCES with close knowledge of internal political consultations have asserted that among the names being floated by political groups for Iraq’s premiership include that of Mazin Al-Eshaiker.

Several observers have said that Al-Eshaiker might have better chances in case Adel Abulmahdi is not able to grab the opportunity of becoming Iraq’s next prime minister.

Sources said that the political powers had reached a shortlist of candidates for the prime minister position on two conditions: One who would not belong to any party and two, did not hold any position in the previous governments. 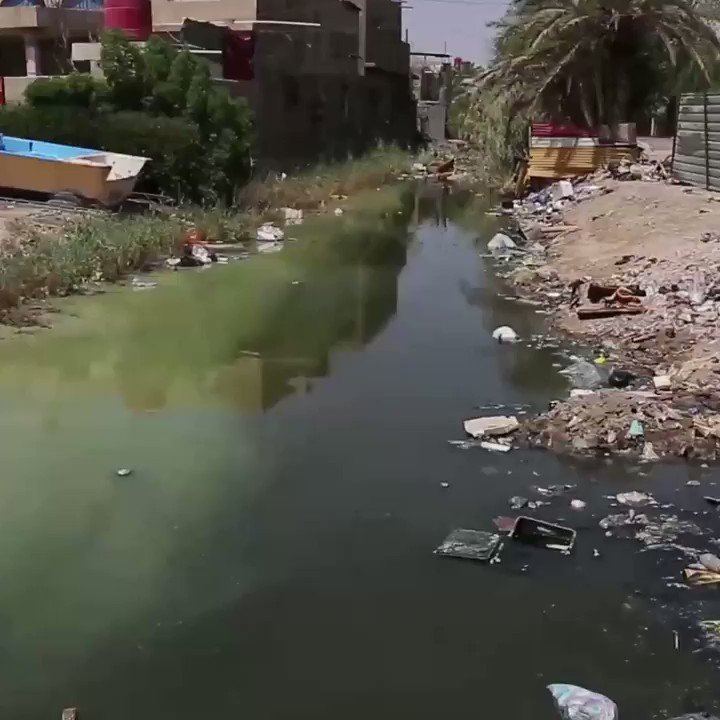