Thank you for the kind e-mails on our year in films post:


Did we have an alternate?  We actually did.  If you click on any of the screen snaps in the best in film and then go through them, you'll see that we also had a screen snap of Source Code.

In fact, I'll toss it in here.

We were going to make that our honorable mention.

When we ranked our films on Sunday and did screen snaps, we didn't do a snap for our second choice.  But as we were writing, we repeatedly bumped our second choice down.  By the time it dropped to five, we knew we'd have to rewrite our commentary on Bridesmaids.

We wanted to love it.  But, after weeks of reflecting on it, we realized Melissa was the movie.  That it was flat in long periods and that Kristin Wiig was appealing only for about half the film.  It should have been so much better.

When we wrote our paragraph on Bridesmaids, we realized that to note an honorable mention for Source Code would lead to e-mails of, "Well why wasn't it number ten?"

Because it's like The Sixth Sense in that you can enjoy it only once.  There's a trick, a hidden detail, in the film that you learn near the end.  It's similar to the fact that Bruce Willis is among the 'dead people' the little boy sees.  After you know the trick, it's not really a movie you'll watch over and over.

Ann and Stan with our annual look at the year's ten best DVDs/Blue-ray/Streaming/Astral Projections. 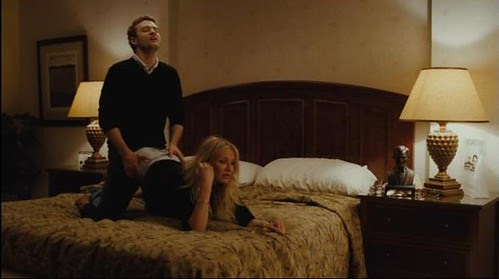 1) "Bad Teacher." The most surprising and entertaining film of 2011. Cameron Diaz turned an iffy-film into reality yet again (see also "There's Something About Mary"). Greedy Elizabeth Halsey is thankfully leaving her teaching job and marrying a rich man until his mother and his accountant nix the pairing. Elizabeth has no choice but to return to 'teaching' (showing films in class). Between getting high and getting drunk, she does have a purpose, a mission, to get $10,000 for a boob job. Larger breasts, she just knows, will provide her with the life she desires. Along the way she encounters and pursues Scott (Justin Timberlake) who can offer money but little else besides dry humping (see above). He's the 'perfect' man, attractive, wealthy, everything she wants. And having him for a dry hump may be her awakening that it's time to rethink her priorities. Before that happens, she'll have to faces charges of stealing the state's appitutude test and a great deal more. Fortunately, she and the script never go soggy. The best film of the year and laugh-out-loud funny.

2) "Green Hornet." 2011 had a few good DVD releases but if there was one dominant strand it was how played out the turn-the-comic-book-into-a-movie was. The last time a super hero film actually surprised was "Green Hornet." "Green Lantern" had to be the worst film of the year -- super hero or otherwise. An action film with a cerebral storyline is a failure. "Thor" was smart, and a decent popcorn movie, but "Green Lantern" was pretentious. And dull. As was "Captain America" which lost its main thread about half-way in and a photo-finish ending didn't distract from how quickly the film went soggy. "X-Men: First Class" went through the motions without any major lows but it lacked even one giddy high. It was all rote. Breaking the formula was Michel Gondry's "The Green Hornet". With a script by Seth Rogen (and Evan Goldberg) and Seth in the title role, the film wasn't afraid to take chances. As a result, it rarely stopped surprising. That included the conflict and comradery between Seth's Britt Reid and Jay Chou's Kato and it includes Cameron Diaz's Lenore Case. And special applause for Diaz who took a supporting role and made it come to life. It reminded us of how much she life she brought to "My Best Friend's Wedding" and how Julia Roberts' refusal, since the 90s ended, to really share the screen with strong actresses (the last time we remember is Joan Cusak in "Runaway Bride," everything else has been cameo women or rivals) goes a long way towards explaining how Julia committed box office suicide repeatedly in the last ten years. In "The Green Hornet," nothing felt forced, nothing felt done to death. It was the only super hero film of 2011 that really gave you hope for the genre. 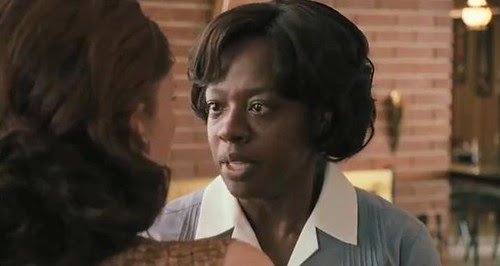 3) "The Help." The only drama to make our list and a film that ended up 'controversial.' A number of Black and "Black" academics ("Black" would include bi-racial Melissa Harris of the multiple marriages, we'll include her latest last name if the latest marriage lasts more then 5 years) hated the film and found it an insult to Black America. Yet the audiences we first saw the film with were primarily Black and loved the film. We did too. And we thank Betty for taking on the acadmics at her site because we had planned to avoid the film until Betty waded in. Avoid it? There are enough problems in the Black community without splintering over a film. So if we avoided it, we didn't have to weigh in, right? That wasn't fair to the film or to, most importantly, the amazing performances in it including: Viola Davis, Octavia Spencer, Bryce Dallas Howard, Cicely Tyson, Sissy Spacek and Emma Stone. It's not a racist film. It's not a documentary either, nor does it present itself as such. It's a film based on a popular novel that gives Black actresses -- Davis and Spencer especially -- more of a chance to shine than anything in years. 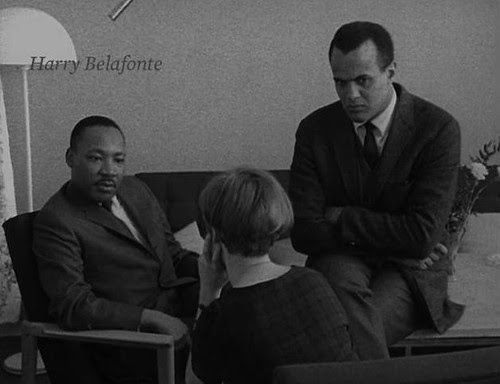 4) "The Black Power Mixtape." This film didn't come to us via a loud outcry from Black academics. A reader (Glen) suggested it to us last week. This is a great documentary (and, if you're a Netflix member, you can stream it online currently) that includes many important moments and voices. Some, like Angela Y. Davis, reflect on the past from today and are also a part of the historic past. Some, like Erykah Badu, speak to not just what has been but what could be. A very powerful documentary.

5) "Burlesque." Maybe some were expecting "Moulan Rouge"? We were expecting a film that lived up to its own title and "Burlesque" certainly did. Cher and Christina Aguilera headlined a cast that also included Alan Cumming, Stanley Tucci, Eric Dane, Cam Gigandet and Kristen Bell. The film was the typical let's-put-on-a-show adventure that depended on performances to lift it and Cher and Christina provided the needed performances. Near the mid-way point, as she contemplates losing her club, Cher sings "You Haven't Seen The Last Of Me" and it may be one of the film's best moments. A better musical than "Chicago" and other overly praised disasters. ("Chicago" wasted the talents of Catherine Zeta Jones and Queen Latifah while spending a lot of time on a woman whose musical talents were then and remain questionable. It was also a little too concerned with being "respectable" guaranteeing little life would make it to the screen.) 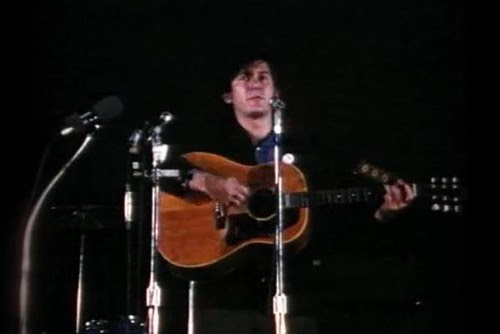 6) "Phil Ochs: There But For Fortune." There are two documentaries that make our list. This one focuses on the late singer-songwriter Phil Ochs. Unlike Ani DiFranco, Phil didn't whore for a president and pretend he was a protest singer. But little fake Ani (who rode to fame as a 'lesbian' and, of course, is now married to a man) has nothing to offer. She can't stand up against the empire so she decided to whore for it. If you're wondering what bravery looks like -- as opposed to Whore Ani's trickery -- view this film. (And it's another you can currently stream online if you're a Netflix member.) 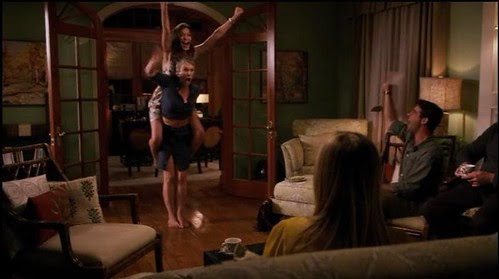 7) "You Again." This comedy features, among others, Kristen Bell. We don't like her. Not on TV, not in movies. But in this film, she stops posing and actually creates some moments. We were truly surprised and actually willing to see a film just for her in the future. We saw this one for Jamie Lee Curtis and Sigourney Weaver. They are the mothers of Bell and Odette Yustman. Those two young women were high school enemies. Bell was a misfit tormented by head cheerleader Yustman. When Yustman gets engaged to James Wolk (great supporting performance, by the way), she becomes a part of Bell's family and JLC advises her to learn to live with it. Easy words until, right before the wedding, it turns out Weaver is Yustman's aunt. JLC was the head cheerleader in high school. Weaver was her best friend who felt JLC left her in the shadows. Generations of issues come to bear in this comedy (including Betty White and Cloris Leachman's) which really seems to exist just so Jamie Lee can remind everyone again how talented a comedian she is. We wish she'd remind us of that every year. 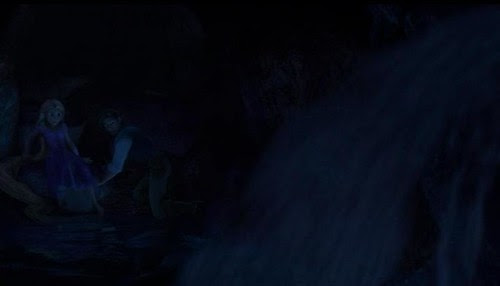 8) "Tangled." We're not big fans of animated films and after the sad sack "Toy Story 3," nostalgia really doesn't belong as a primary emotion in children's films, were willing to write off the genre. But this musical comedy really surprised us. You may resist, as we did, and tell yourself, "Five minutes and then I'll watch something else." If so, you'll find yourself extending the five minute period repeatedly, all through the end of the film. Rapunzel is the template for the film and Mandy Moore gives voice to her while Zachary Levi brings Flynn Rider to life. This is probably the finest Disney animated film since "Beauty & The Beast." And it's got thrills (you have to love the chameleon), chills and spills, songs and dances, good and evil. Two screen caps don't do it justice but maybe they'll give you a sense of the scope. 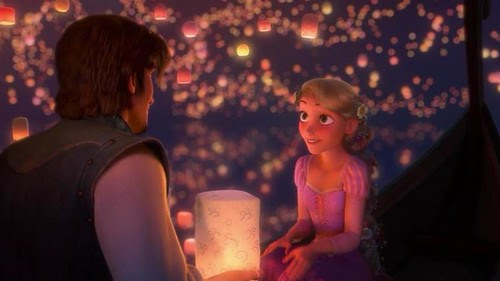 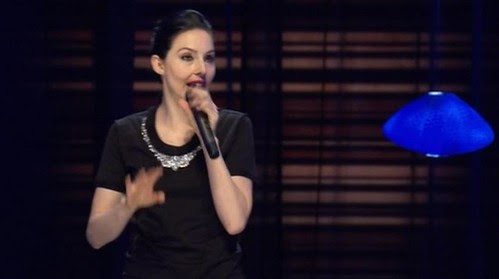 9) "Whitney Cummings: Money Shot." This is a comedy club performance by Whitney Cummings (star of NBC's "Whitney") and we again give praise to Betty who sang its praises. It had more laugh, energy and surprises than most scripted comedy films this year.


10) "Bridesmaids." This is a . . . good film. Okay, anyway. It ranks this high really just because of Melissa McCarthy's comic zeal. Overpraised and endlessly flattered, it's not that funny without Melissa. Maya Rudolph is completely wasted in the role of the nag. The outstanding Rose Byrne goes through the entire film -- as the antagonist, no less -- without generating even one laugh. The character is so limp that it's practically Charlotte on "Sex In The City." Kristen Wiig (who co-wrote the film) is sometimes great as Annie but sometimes needed to scream for a better writer. Everything, including the Wilson Phillips concert finale, screams typical "Saturday Night Live" film (see "Tommy Boy" -- among others). Melissa's character really makes little sense in the film overall (bad writing, really bad) but the actress' energy and likability allow the otherwise generic film to hit giddy comic highs when she's around. Sadly she's not around enough and the dull and typical relationship between Wiig's Annie and Chris O'Dowd's Nathan makes the film a plodding nightmare. Every "SNL" film features a name performer from a past time doing a bit of screen magic, in this one, the late Jill Clayburgh steals your heart early on in her first scene but, sadly, the writers never thought to give her another comic moment though she appears throughout the rest of the film. Without Melissa McCarthy, this is just "Coneheads II" or "It's Pat Goes On A Road Trip With Toonces."