In the wake of reports that Deputy Attorney General Rod Rosenstein‘s comments about secretly recording President Donald Trump were made in jest, New York Times reporter Adam Goldman is defending his reporting.

Speaking to CNN’s Jake Tapper on Friday, Goldman — one of the two reporters who wrote the Times bombshell — said as far as he was concerned, it was not a flippant remark.
“You know, my understanding of what happened is that this wasn’t a flippant remark,” Goldman said. “And he was, in fact, very serious. And the circumstances in which it was described to me are different now than what’s being put out I guess by the government.”
Talk about needing to drain the swamp.  The Deputy AG wanted to wear a wire?  That is so telling about the actual corrpution in the Justice Department.

Who knows, maybe this NYT report will be the start of many and it will stop covering for the swamp and instead start reporting on it.


Let's start with the US Ambassador to the UN Nikki Haley.

Nikki Haley‏Verified account @nikkihaley 14h14 hours ago
RT @USUN: ”Iran treats Iraq like it’s not an independent nation. Iran sees Iraq as a transit point for weapons and a training ground for its proxies. Iran seeks to keep Iraq economically weak. Why? Because Iran wants to use a weak Iraq to illicitly fund its terrorist activities.” 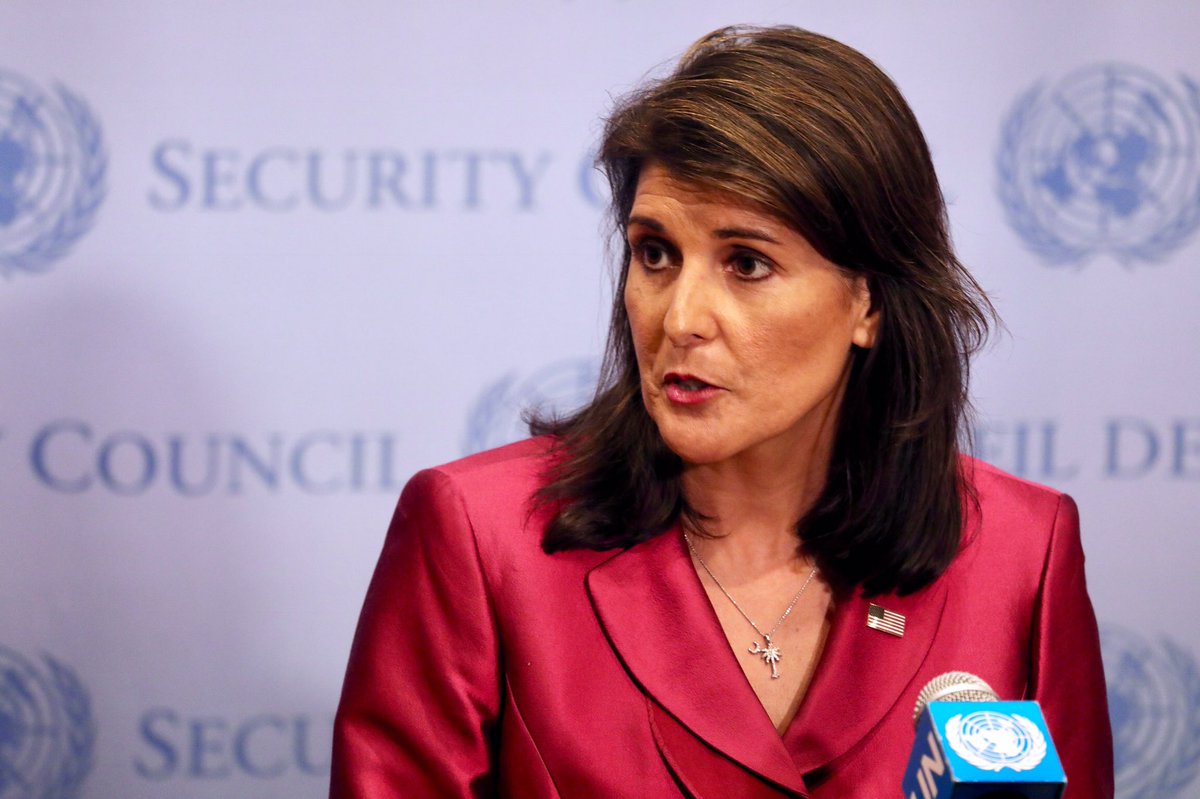 
I think there's a lot of truth to what Nikki says . . . when it comes to the US and Iraq.  The US does not want to see an independent Iraq.  It never has.  That's why it backs weak officials.

Why did Nikki make the statements she made?  Who knows but I think you could argue you that she sees the US government's goal in Iraq and, understanding that, she assumes it's the working principle for other governments as well.  The governments of both the US and Iran seek to control Iraq.  While both are willing to point fingers at the other, neither is willing to own up to their own aims.

U.S. Central Command‏Verified account @CENTCOM 17m17 minutes ago
"The coalition continues to help forces in both Iraq and Syria establish security and stability in areas that have known nothing but oppression since the Islamic State of Iraq and Syria reared its head five years ago" - Army Col. Sean Ryan, @CJTFOIR 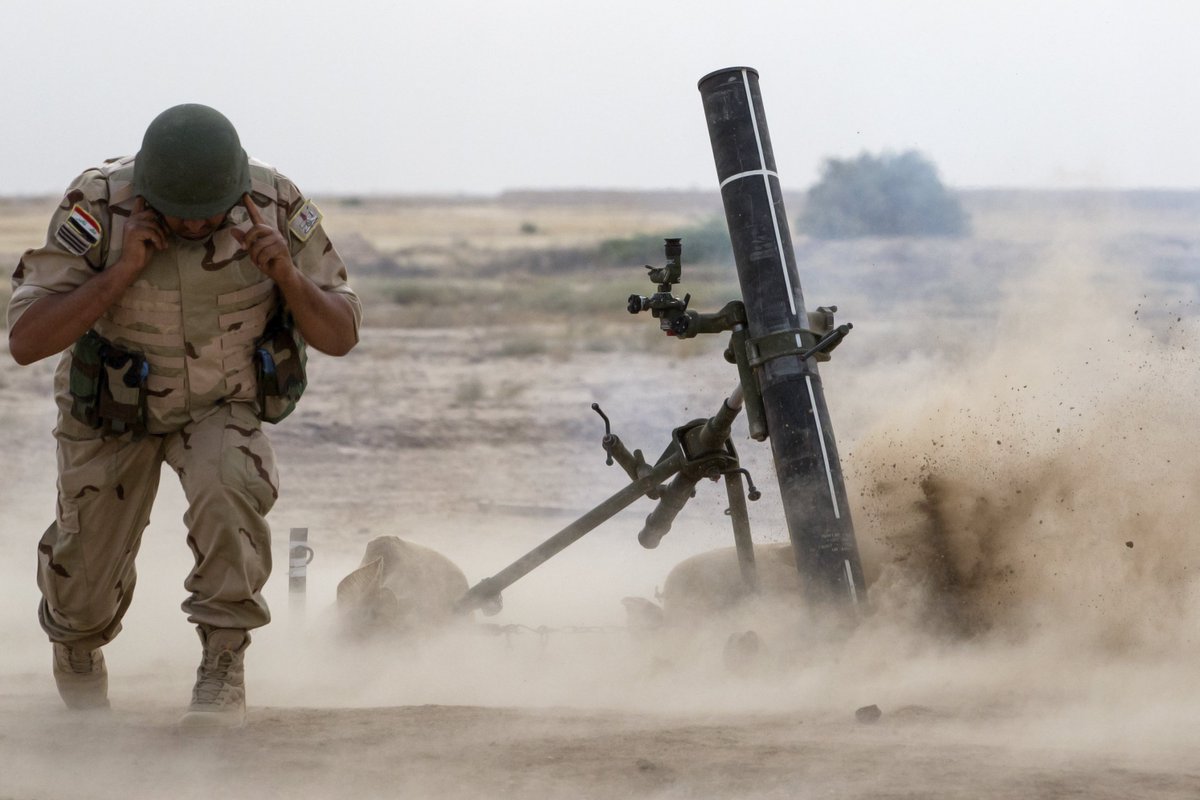 
The foriegn militaries in Iraq -- that includes the US -- are not helping the Iraqi people and it's amazing that so many refuse to call them out on this.  Refusing to play dumb, Tom Peters (WSWS) points out:

In 2003, the US invaded Iraq based on lies that it possessed weapons of mass destruction. Fifteen years later, hundreds of thousands of people have been killed and an entire society decimated. Iraq and Afghanistan remain under military occupation to prop up unstable US-backed governments. Driven by its economic decline, US imperialism is using its overwhelming military power to dominate Central Asia and the oil-rich Middle East at the expense of its rivals, especially Russia and China (see also: Seventeen years after 9/11: From “war on terror” to “great power conflict”).


Peters is among the few offering honesty.  For most, it's just shovel out more and more stupidity and, yes, there's been a lot of stupidity surrounding the Iraq War since before it started.  For now, here's some reality from MIDDLE EAST MONITOR:

Iraq’s war on [the Islamic State] destroyed more than 150,000 homes, Planning Minister Salman Al-Jumaili said yesterday.
In a statement reported by the Anadolu Agency, Al-Jumaili said that his country needs $88 billion to rebuild the different sectors destroyed by the war.
In February, international donors pledged $30 billion for reconstruction programmes in Iraq.


A number of things in the above.  The war destroyed over 150,000 homes.  That's not success.  And it goes to how civilians were targeted by the Iraqi military and the foreign militaries.  That's the first point.  The second point?  Why would international donors pledge the 'needed' $88 billion?

That's crazy.  It's like when some in Iraq Veterans Against the War were going around demanding that the US government hand over money [reperations] to Iraq back during Bully Boy Bush's occupation of the White House.

Why would you give Nouri al-Maliki (he was prime minister then) billions for reperations?  He stole from the Iraqi people.  You had to be a real idiot -- and IVAW was on this -- to argue that reperations needed to be handed to the Iraqi government.  Then or now.  Martin Bentham (EVENING STANDARD) reports:

Corruption has become the biggest threat to the future stability of Iraq following the defeat of Islamic State, Britain’s ambassador in Baghdad has warned.
[. . .]

But he warned that corruption — which this month sparked violent protests in Iraq’s second city Basra — still posed a significant risk because of the negative effect that it had on business investment and public confidence.

And you'd have to be a real idiot, when Iraq continues to rate so low on transparency and so high on corruption, to pledge billions to Iraq currently.

Enes KCT‏ @eneskct Sep 15
Corruption can take years to remedy, Iraq’s politicians explain—patronizing a population that has already waited more than fifteen years for reform. The elections were followed by mass demonstrations in much of southern Iraq, including Basra.
1 reply1 retweet0 likes

It's a failed state.  And that's what the US government intended it to be all along.


As more people wake up to that reality, statements by various US officials are greeted with the appropriate level of ridicule. 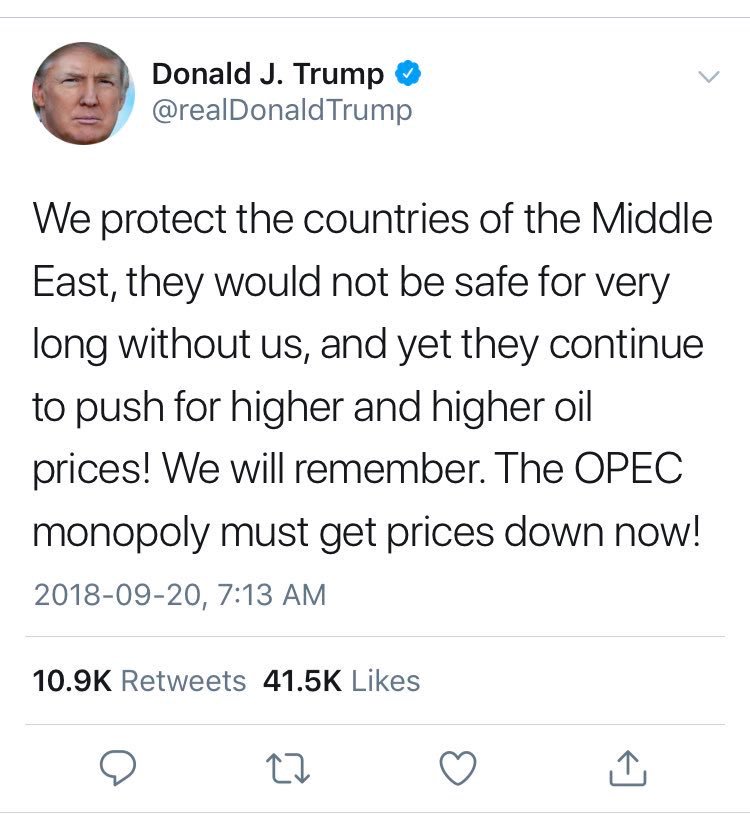 
Meanwhile protests have taken place for months now in Basra and a big sit-in is planned for the 23rd.  Meanwhile, they've had a success this week:

#Basra’s youth halted yet another disastrous water treatment strategy in their province. Earlier today, #Basrah Provincial Council announced that with the aid of the PMF, it would begin constructing a 10-day embankment dam project on Shatt-al-Arab starting Friday, September 21.


Why the protests?  Helene Sallon (LE MONDE) captures Basra today, noting the farmland has shrunk as a result of desertification and that the oil rich area produces no wealth for the people of Basra.  The lack of drining water, the lack of electricity, the lack of jobs have led people to take to the streets and protest corruption and that empty promises from the government have not managed to stop the protests or ease the anger.  QANTARA notes that "Basra is the wealthiest city in Iraq.  More than two million barrels of oil are extracted daily from the oilfields around the city.  Basra is feeding the entire nation.  More than 90 percent of Iraq's budget is derived from oil sales."

Let's note this thread on the JFO's report.

While journalists had hard time to deal with security forces, mad protesters went to burn some media offices. “Those do not cover what’s happening in #Basra” protesters say.
1 reply1 retweet0 likes

At the end of the report, @jfoiraq call the new #Iraq Parliament to take actions to stop such violations against journalists and ending the surveillance on journalists that’s doing by political parties in cooperation with some of security forces officers.
0 replies2 retweets0 likes

Despite Abadi promising Basra residents a nearly $3 billion infrastructure package after a series of protests in July, the aid never materialized from Baghdad. Many southern Iraqis have placed blame upon corrupt federal officials that bestow lucrative jobs to political allies instead of experienced technocrats and local residents. However, many have started to criticize Abadi and the Islamic Dawa Party itself. Many of Abadi’s political competitors—new and old—have begun rallying support for Abadi’s departure as prime minister.

Shortly after the Basra riots, Sadr tweeted a warning for Abadi to release the promised infrastructure package “into clean hands,” and to “beware of complacency and negligence.” Sadr initiated an emergency coalition meeting between Sairoon and Dawa, where leaders decided to send an investigative delegation to Basra and fire the heads of the Basra Operations Command and Basra Police, but not release economic aid. Two of the largest parliamentary majorities that won in the May election, Sairoon and Conquest Coalition, have already called for Abadi to step down. Even one of Iraq’s most predominant Shia clerics, Ayatollah al-Sistani, who rarely makes interventions in political affairs, made a call for new political leadership. 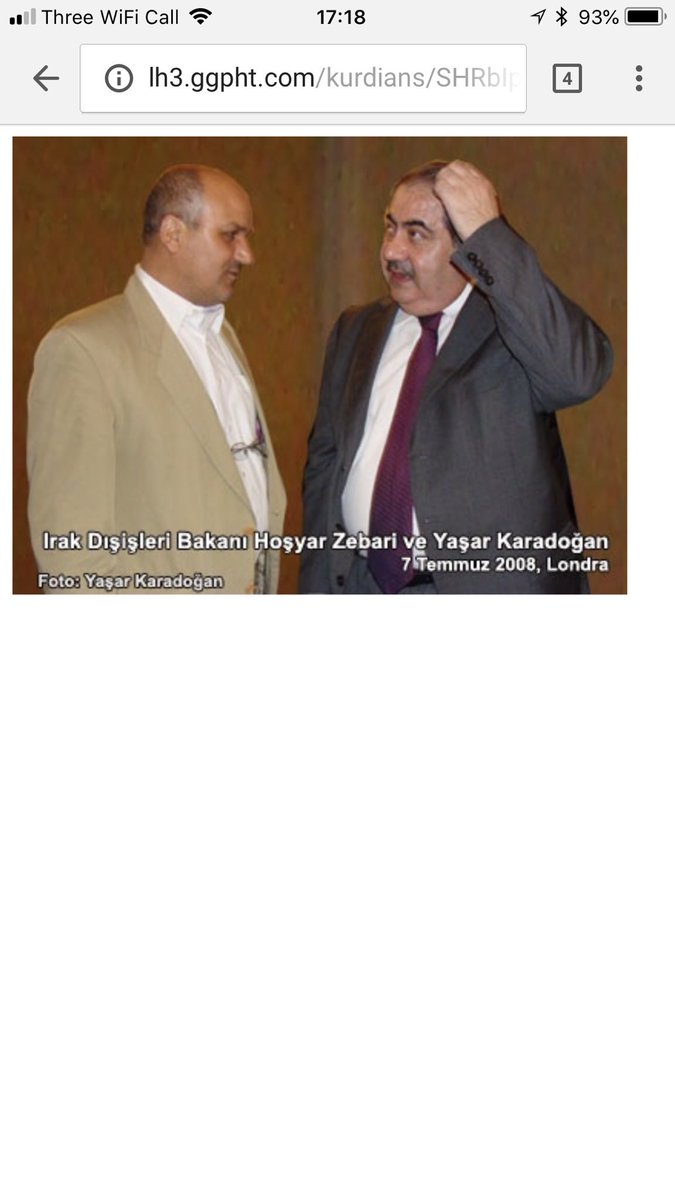 May 12th, Iraq held elections and yet still no prime minister or president.  In nine days, the KRG holds elections.  Hard to imagine that it's going to take four months before they form a government.