We don't need Hillary, we do need other things

Dr. Jill Stein 🌻‏Verified account @DrJillStein  Jun 8
Why are so many liberals now defending the use of prison slave labor? Because a Democrat did it. Think about that.
119 replies843 retweets1,954 likes


That is the reaction from some.


We need Medicare For All and we need rank choice voting.

Friday, June 9, 2017.   The Mosul Slog continues as Iraq is again slammed by violence.


Day 233 of The Mosul Slog and, we are yet again told, victory is just around the corner.

Actually, it's longer than that.

They've still not been driven out of the city -- the same can't be said for the unprotected civilians who've been turned into refugees.


For over two years, the Baghdad-based Iraq government did nothing to help Mosul.

Finally, in October of 2016, they began an operation that was to last weeks.


Yes, it is very embarrassing for the government that tomorrow will be the anniversary of the seizure of Mosul -- the 3rd anniversary -- and Mosul is still in the process of being 'liberated.'


And no attempt to protect the civilians.

UNICEF‏Verified account @UNICEF  5h5 hours ago
#Iraq: "Shooting children as they try to run to safety" #ChildrenUnderAttack in the battle for Mosul uni.cf/2sjhFsM @TR_Foundation


They were told to remain in their homes throughout the bulk of the 'liberation.'

Then, when finally told to leave in the last weeks, no safe passage was provided.


Let's check in on our decade's new Judith Miller: Rukmini Callimachi (yes, that does sound like a figure from the Brothers Grimm):


Rukmini Callimachi‏Verified account @rcallimachi  9h9 hours ago
Replying to @rcallimachi
7. Analysts have long that the ppl running Amaq can't be just in Iraq/Syria bc of how quickly they claim attacks & bc they upload videos:

Rukmini fancies herself a terrorist expert.

Judith Miller, of course, started with THE PROGRESSIVE.

You may remember that when the magazine was celebrating its anniversary (they said the 100th, but no, it wasn't), they failed to note Judith once in their look back on the past.

Judith Miller ended up a terrorism 'expert' herself.

Remember, that's how Oprah Winfrey presented Judith on her talk show when she brought Judith on to promote the upcoming Iraq War and then Oprah attacked the audience member who dared to point out that Judith was presenting non-facts as facts.


Glenn Greenwald loved him some Judith Miller back then -- part of the reason he supported the Iraq War.

He loves him some Rukmini.

Rukmini's been hired by THE NEW YORK TIMES mainly to prove that they learned nothing from the Judith Miller fiasco.

Which is how Rukmini was in Mosul (as an embed -- as they say, "embed roughly means 'legs spread'").

And we called out her nonsense.

But there was Glenn Glenn, in love again, reTweeting her because critical abilities are in short supply apparently.

While Rukmini filed her propaganda and Tweeted her nonsense about how wonderful things were, a real reporter did real journalism.


Ali Arkady did not file fluff.

His documentation of what is taking place in Mosul has been covered by RT and ABC NEWS.


"Negative coverage will get you kicked out of Mosul."

They had nothing to worry about with regards to Rukmini, did they?


Officers of an elite Iraqi special forces unit, praised by U.S. military commanders earlier this year for its role in fighting ISIS, directed the torture and execution of civilians in Mosul in at least six distinct incidents caught on tape.

“That's a murder,” retired Green Beret Lt. Col. Scott Mann told ABC News after reviewing the graphic footage. “There should be punishment for anyone doing it. It's reprehensible and it shouldn't be allowed on any modern battlefield."

The alarming footage was smuggled out of Iraq by a prize-winning Iraqi photojournalist, Ali Arkady, who spent months embedded in combat with the elite Iraqi troops leading the fight against ISIS late last year. Since turning over his cache of photos and videos to ABC News, he says he has received death threats from the soldiers he once considered friends and has now fled Iraq to seek asylum in Europe.

"This is happening all the time," Arkady said of the war crimes he documented, which he recounted in an exclusive interview with ABC News’ Brian Ross broadcast Thursday on ABC's World News Tonight with David Muir and Nightline.

Am I wrong that Glenn hasn't been eager to promote this story?

I know he's got a lot of problems right now because THE INTERCEPT burned a source -- intentionally or not, it doesn't matter, they burned her.

Nothing is going to change that.

There should be an apology (not a blood letting) and they should announce how they will do their best not to burn another source in the future.

So, yes, he has problems, but so does Iraq and he needs to be Tweeting about that if he can't write about it.

He has found time to reTweet Rukmini.


It's a shame he can't use his Twitter feed to amplify real reporting on Iraq.

But that's a shame many share and part of the reason the Iraq War is on year 14 and counting (more if we backdate to the sanctions, et al).

Four is bad -- one is bad -- but sadly the numbers have been climbing.


Maher Chmaytelli and Gareth Jones (REUTERS) report, "A woman detonated her explosive belt in a market east of the Shi'ite holy city of Kerbala on Friday, killing at least 30 and wounding 35, Iraqi security sources said." 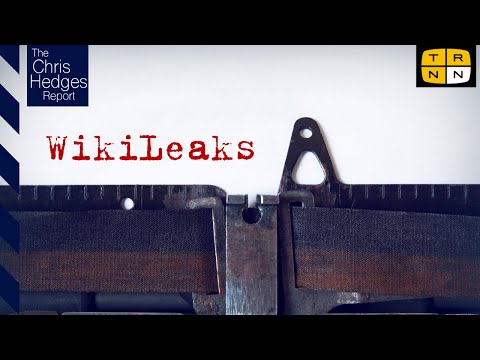