Kamala is no leader

Niko House‏ @nikoCSFB Jan 30
Black YouTube is shredding Kamala. It has been a nonstop onslaught. I told people, you can’t put a damn corrupt Black prosecutor in front of Black people and expect us not to do our homework. There is no way they thought this through lol
143 replies912 retweets3,080 likes

Exactly, Kamala may be a White person's idea of a natural candidate but she's not going to play that way in the African-American community.  I'd also bet that a lot of White people are also turned off by her.  She's really just the candidate for the corporatist neo-liberals.

William M. Cobb‏ @IamBillCobb Jan 28
William M. Cobb Retweeted Walker Bragman
There are 2.4 million people in cages in this country. We are #1 the world in incarceration. We are 27th in education & healthcare. Why is advocating for more schools and less prisons something to mock? @KamalaHarris we want schools, not prisons! #endmassincarceration #freetovote
William M. Cobb added, 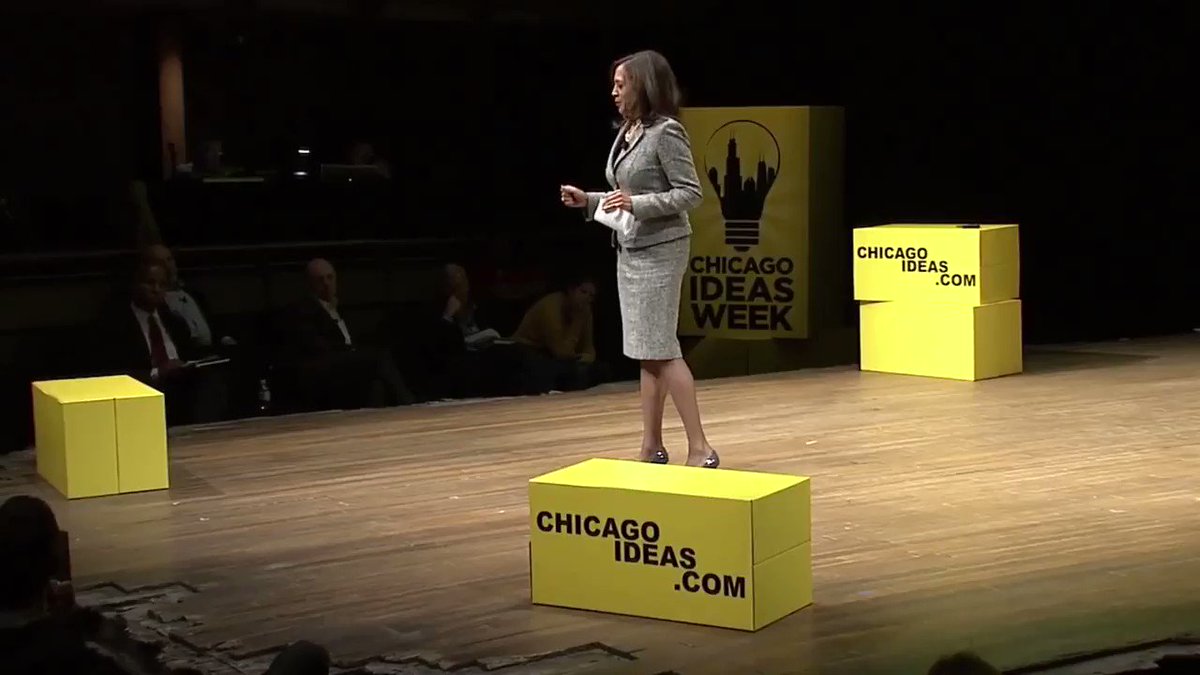 There Will Be Wit‏ @therewillbewit Jan 29
Someone removed the Daniel Larsen case from Kamala Harris' Wikipedia page. For those that don't know, Harris fought to keep Daniel Larsen in prison even after a judge ruled he should be set free: Old: https://web.archive.org/web/20190122230834/https://en.wikipedia.org/wiki/Kamala_Harris#Daniel_Larsen_case … Current: https://en.wikipedia.org/wiki/Kamala_Harris#Daniel_Larsen_case …
5 replies18 retweets21 likes
Show this thread 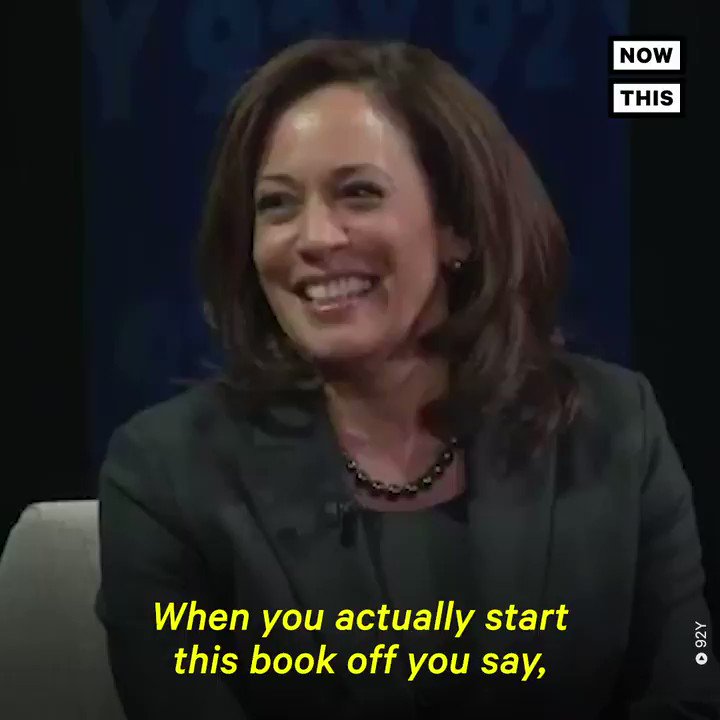 3:49
NowThisVerified account @nowthisnews
‘Anything worth fighting for is a fight worth having.’ — @KamalaHarris is ready to fight for the soul of our nation
0 replies21 retweets35 likes

Friday, February 1, 2019.  Australia's government admits some civilians might have been killed in Mosul bombings, Amnesty International calls for other governments to step forward, and much more.


Starting with images of the flooding in Iraq this past fall.

The Iraqi government remains corrupt, remains unresponsive to the needs of the people, continues to arrest protesters and reporters covering protests (as events in Basra have demonstrated).  And every year, they train and retrain and then train again the Iraqi military in an effort to get it up to speed.  Of course, the Iraqi military repeatedly fails.

The western press repeatedly works overtime to lie about that.  The Iraqi military would not have 'won' Mosul without US war planes blindly bombing Mosul -- a city full of civilians.

Australian fighter jets were involved in an air strike believed to have killed up to 18 civilians while fighting Islamic State terrorists in Iraq - the highest casualty rate implicating Australian forces - Defence chiefs have revealed.
But the pilots have been cleared of wrongdoing, with the investigation finding they had acted in accordance with their rules of engagement and laws of armed conflict as part of desperate efforts to save the lives of Iraqi soldiers during brutal urban combat to liberate West Mosul.

The deaths have been attributed to a lack of solid intelligence on the ground as Iraqi troops fought, with no time to properly assess whether surrounding buildings were clear of civilians before bombs were dropped.


While I have no problem with the pilots being cleared of wrongdoing, I do have a problem with those over the strikes and the policy of the strikes being cleared of wrongdoing.  Mosul is a highly populated city.  That was known.  That was known before the US or any other government started dropping bombs on Mosul to 'fight' ISIS.  There were no 'precision' strikes.  That's a lie used to lull the public into stupidity so they won't object to what's really going on -- the equivalent of carpet bombing schools, places of worship, homes, etc.

Responding to the Australian Defence Force’s (ADF) admission that its air strikes in Mosul, Iraq may have caused up to 18 civilian deaths in 2017, Lynn Maalouf, Amnesty International’s Middle East Research Director, said:

“The Australian Defence Force’s latest admission that its air strikes killed civilians during the battle for Mosul in 2017 is a step in the right direction. Once again, the Australian government has proven more willing to take responsibility for causing loss of civilian life than its coalition partners, including the UK, USA and France.

“The matter must not end here, however. The ADF should continue to lead by example by providing the further details necessary to help an independent assessment of whether this attack and its operations in Mosul complied with international humanitarian law. We know that an Australian plane struck a target in West Mosul and unintentionally killed up to 18 civilians in a nearby house. In order to understand how this happened the ADF needs to disclose more information, including the type of weapon used in the strike, the nature of the target, what measures were taken to ensure that the target was a military objective, whether other means or methods of attack that would have minimized the risk to civilians were considered, and what was done to collect information about the presence of civilians in the vicinity.

The ADF has taken a positive step by acknowledging that their attacks resulted in civilian casualties. What they must do now is provide the victims’ families with the best chance of achieving justice and accountability. The way to do this is to release the further information required.

“The ADF has taken a positive step by acknowledging that their attacks resulted in civilian casualties. What they must do now is provide the victims’ families with the best chance of achieving justice and accountability. The way to do this is to release the further information required.”

The Coalition’s battle to wrest Mosul from the armed group calling itself Islamic State (IS) began in October 2016 and ended in July 2017. Throughout the campaign, and especially in its later stages in West Mosul, the Coalition relied heavily upon air power, despite the presence of civilians trapped in the city by IS. Amnesty International revealed the effects of this upon the civilian population with its July 2017 report, At Any Cost: The Civilian Catastrophe in West Mosul, Iraq.

On 31 January 2019, the Australian Defence Force’s Air Marshal Mel Hupfeld acknowledged that as many as 18 civilians were killed in an attack on a target in West Mosul in which two Australian Super Hornet F-18 jets were involved on 13 June 2017. This follows a previous ADF admission on 28 March 2018 that it killed two adults and injured two children in a strike on Mosul that came to light following Amnesty International investigations on the ground.

Will other governments come clean?  Will the US government specifically?  Probably not.  The US government is involved in countless wars while currently working for war with Iran and Venezuela.  Bombing from war planes has always been less 'offensive' to the American people.  It's boots off the ground and, in an operation like Mosul, there's little chance of American fatalities since a group like ISIS (being a terrorist group and not the military of another country) doesn't have a fleet of airplanes.

So they know they can blindly bomb an area for weeks, months, in Mosul's case, years and the American people won't pour into the street or even bat an eye due to being lied to that these are 'precision' strikes and that the government of the United States has done 'everything possible to minimize civilian casualties.'

The US government will most likely never get honest about civilian casualties.  At some point in the near future (say, five years on down the line), they'll offer an under-count of the civilians killed in the Mosul bombings -- but only when they can claim some new technology has come along to make the strikes even more 'precise.'  They'll use that to sell more strikes.

It's really outrageous how little the media cares about the bombs being dropped.  (And if the media doesn't cover it, the American people have a hard time hearing about it.)

Amnesty's issued a statement and applause for that but, as we've noted repeatedly of late, there's no statement on the bombings in Iraq carried out by the Turkish government.  From Monday's snapshot:

Saturday (see "Protests in Iraq" and "About those US bases in Iraq . . ."), protesters stormed a Dohuk base (Dohuk is in northern Iraq and part of the Kurdistan Regional Government).  They were angry over Turkish war planes bombing the area the day before and killing civilians.  Salar Salim and Qassim Abdul-Zahra (AP) report the number of civilians killed in the bombing was six.  The Turkish military -- at their base in Dohuk -- fired at the protesters killing 1 and injuring ten more.

AFP reports, "Iraq Sunday said it would summon the Turkish ambassador over the death of a Kurdish protester after Turkish troops opened fire on demonstrators in the country’s northwest."  SPUTNIK adds:

According to the statement, the note read that Ankara’s "actions are a violation of sovereignty, incompatible with friendly relations and brotherhood between the two countries, and called on the Turkish side to stop such unilateral actions."


Maybe the issue of Turkey's bombings can finally get serious attention?  Meaning that the discussion moves beyond the wire services?

Sami Hamdi سامي الهاشمي الحامدي‏ @SALHACHIMI 49m49 minutes ago
Tonight at 20:30GMT on @TRTWorld, I will be talking on Strait Talk about the complicated nature of #Turkey and #Iraq's relationship in light of the recent events in #Dohuk and the proposed law in #Baghdad to oust foreign forces.

Turkey has used the PKK as an excuse to bomb the Kurdish region of northern Iraq for over a decade.  The semi-autonomous KRG is the closet thing to a Kurdish homeland that the world has.  Is no one offended that Turkey repeatedly bombs this region?  Does no one see it as an extension of the targeting of Kurds that Turkey does within its own borders?


It's really past time for a serious conversation to take place about what has been happening.


If it does, as Blondie might ask, "Will Anything Happen?"


It's the first of the month.  UNAMI hasn't released its under-count of the dead for January yet but will do so later today.  Margaret Griffis (ANTIWAR.COM) offers:

During January, 184 people were killed, and 178 were wounded. Security forces also found 142 bodies in older graves. At least 45 civilians, 25 security personnel, and 65 militants were reported killed; 84 civilians and 94 security personnel were wounded. The conflict between Turkey and Kurdistan Workers’ Party (P.K.K.) left at least 49 guerrillas dead. These numbers are similar to the December casualty figures with only the number of wounded being significantly higher. Fewer bodies were removed from mass graves.


The following community sites -- plus Jody Watley, THE GUARDIAN, GORILLA RADIO, the ACLU and THE PACIFICA EVENING NEWS -- updated: