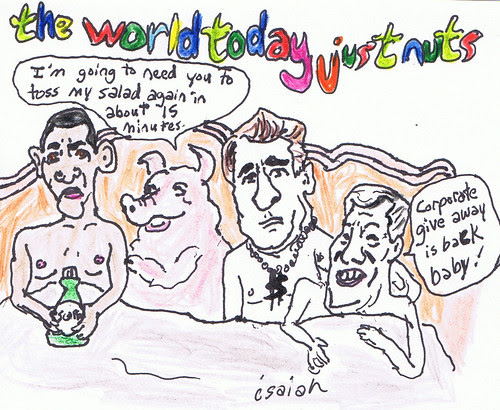 Friday on NPR's Fresh Air, Terry Gross wasted all of our time interviewing a man who wasn't so much a novelist as a bad movie stereotype of one. In addition to this man, she interviewed two men about a film: Matt Damon and a director who hasn't made a good film since his first (Sex, Lies & Videotape).

Listening to Matt Damon and his girlish voice only reminded me of when he told 'gay jokes' on David Letterman and I wasn't laughing.

I think if you come off as gay yourself and you're making gay jokes about others, you're probably gay and trying to hide it.

Now let's remember that Matt Damon married a make up artist or something which says to me: Beard.

And let's remember that the high pitched fatty (for such a short man, he is so very stocky) has long been rumored to be a lover of various men.

So I really don't need to hear Matty Damon today or tomorrow. In Borne Affair, or whatever the first film was called, part of the 'attraction' was seeing Matt Damon in an action movie. He's now so stilted it's unbelievable and, again, it says to me a gay actor trying so very hard to come off as straight.

And what I've offered? Far more interesting than anything Terry Gross served up.