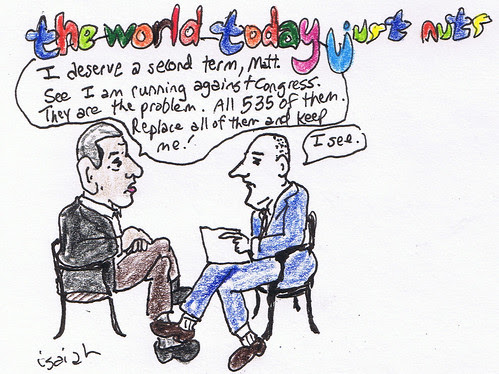 I will be so glad when I'm donewith Diane.  Today she was selling war on Iran today.  Claimimg that Iran wanted nuclear weapons. She ought to be ashamed.