I guess that's why

At Dissident Voice, Bonnie Faulkner's interview with Douglas Valentine is posted, be sure to check that out.


And then note how some Dems decry some daughters of privilege while embracing others.


I don't get how you piece together a world view that says A is good but B is bad.

But maybe that's why I'm not a Democrat.


Judith Miller didn't work for NPR so they had to depend upon Tom Bowman.

He's always good about that.

And always good about repeating what "officials I talked with" tell him.

It's interesting, isn't it, the way he rushes to grab an eraser and try to wipe away the murders.

"Concentrated city and there is the risk of all these casualties," stammers and stumbles Rachel Martin, still not up to co-hosting MORNING EDITION.

Naturally, neither Rachel nor Tom ponder the bombing of civilian areas to 'liberate' them.

Naturally, neither point out that the the people of Mosul were told, before The Mosul Slog began -- 161 days ago -- not to leave Mosul.

Repeat that: They were told not to leave Mosul.


ISIS didn't tell them that.  Nor did so-called Rachel Martin.

The Iraqi government told them that.

The Iraqi government told them to stay.

He's repeating popular stories and has nothing to share but that which is already widely discussed.

He avoids TV, for example.  That would require doing some work.

More people watched THE TODAY SHOW than read THE NEW YORK TIMES or caught MEET THE PRESS.  But the tiny child is completely unaware of what went on with TODAY.

We're not.  We've told TODAY tales all along.

The question of who's a journalist may be up to a debate.

I agree.  For example, I wouldn't have spent a very long time on the phone January 12, 2004 if a journalist had been doing the 'White House beat' on NBC's Today.  But a journalist wasn't, David Gregory was.  It was the day before Ron Suskind's The Price of Loyalty: George W. Bush, the White House, and the Education of Paul O'Neill.  And what did we learn that day from David Gregory?

What he hoped we would learn was that O'Neill was a thief who'd stolen government documents.  And we would be outraged.

But no documents were stolen.  And what we learned was that David Gregory will report on a book without even reading it's opening pages -- its there that its revealed that O'Neill requested and received from the White House his memos and writings on discs and that's what reproduced in the book.  And we learned that David Gregory wasn't really a journalist.  He was a dummy.  A ventriloquist's dummy.  He moved his lips and said what the White House wanted him to say.  As America saw yesterday, that's still what David Gregory does and he's well paid for it.  January 14, 2004, Today cleaned up David's mess by noting that O'Neill was given copies of the documents in the book -- given copies by the White House.  David always thinks that story will be forgotten.  Not while I'm around.  (I had an advanced copy that I'd already read of Suskind's book and my mouth dropped watching Gregory lie.  I was on the phone talking to everyone I knew at Today about how outrageous David's false charges were.)


Sadly, there's not a lot of justice in the world.

There are a lot of children pretending they are media critics who spend all their time protecting their friends and worse.

Fatemah Alabed‏Verified account @FatemahAlabed  3h3 hours ago
tell me this people are terrorist. Who's terrorizing this young boy now? Oh look he's very calm. This is not a movie, this is Iraq. 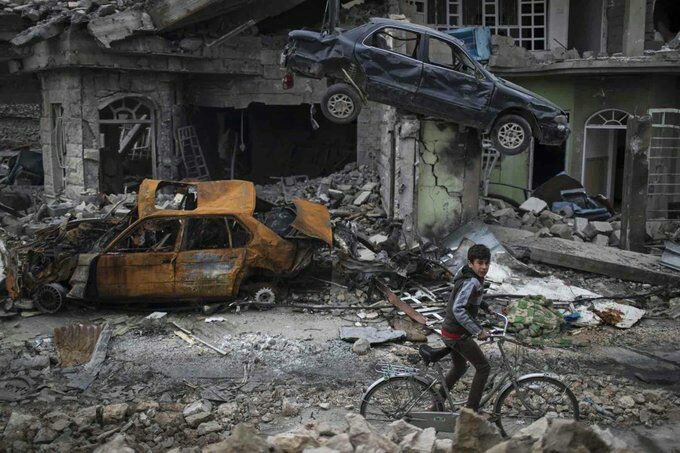 
And Tom Bowman remains on NPR because he tidies up and repackages reality into the absurd to ensure that the American people are misled and misinformed. 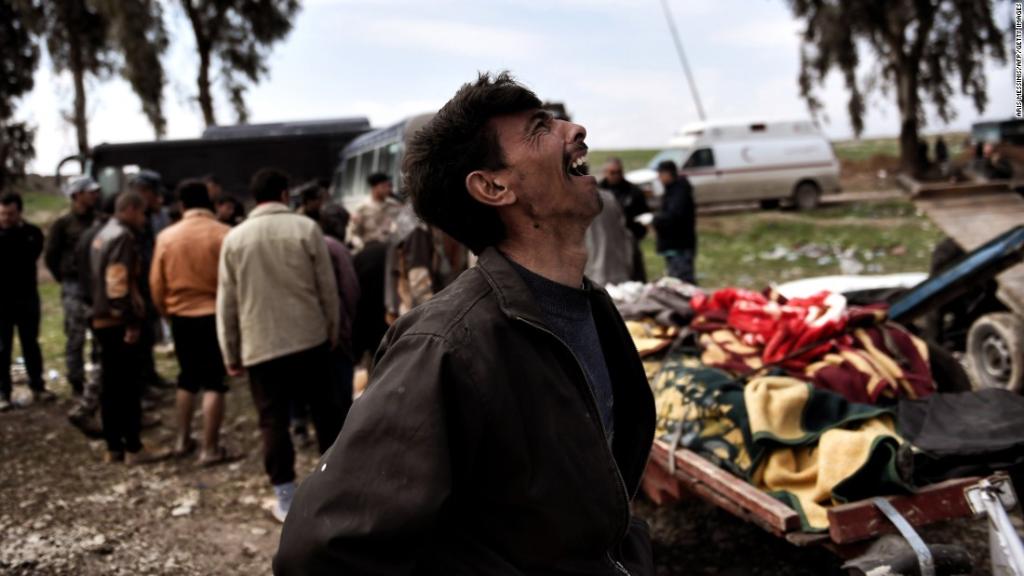 This is not liberation.

This is not freedom.

These are not deaths caused by ISIS.

Dahlia Wasfi‏ @liberatethis  Mar 25
What we're doing to #Mosul today is what we did to Fallujah in 2004, on a far more massive scale. Another day of US-led genocide in #Iraq.
4 replies95 retweets55 likes

These deaths have been taking place for over two years now.


And some 'tender hearts' want to be shocked that something like this could happen.


It's happened all along.


Maybe Americans can now emerge from their 'sleep cure' and face reality -- the reality the Iraqi people have had to live with for the last eight years?

But after 8 years, you damn well have to take part of the blame for your own refusal to face reality.

We've been covering this.

It's a shame so many chose to bury their heads in the sand.