I don't know how to break it to some silly whiners but there are Greens in the US.

I was raised in a Green family -- meaning both my parents are also Green Party members.

If this reality is too much for some whiners to deal with that's their problem.

ALSUMARIA reports that the Iraqi Parliament voted today to abolish the office of public inspectors.  Those would be the ones over corruption investigations..

Up to 45 officials of the former Iraqi government, headed by Nouri al-Maliki, have been arrested in corruption probes, a well-informed source said on Thursday.
He added that Iraqi Prime Minister Haider al-Abadi exposed suspicious deals that these officials had made.

Once upon a time, the US Congress was interested in corruption in Iraq.  It was right after the Democrats won control of both houses in the 2006 mid-term elections.  Grasping that the US taxpayers were footing the bill for everything -- not just the war -- in Iraq, Congress was concerned about corruption and held hearings on the subject.

Now the money gets shipped over but there's not even the pretense of oversight.

Just like weapons get supplied by the US that Baghdad uses to attack the Kurds and the Sunnis.

They kill and create even more refugees.

#LIVE: We did not expect Iraqi forces to be the reason why 180,000 people from #Kirkuk were displaced, @PMBarzani says. #TwitterKurds #Iraq 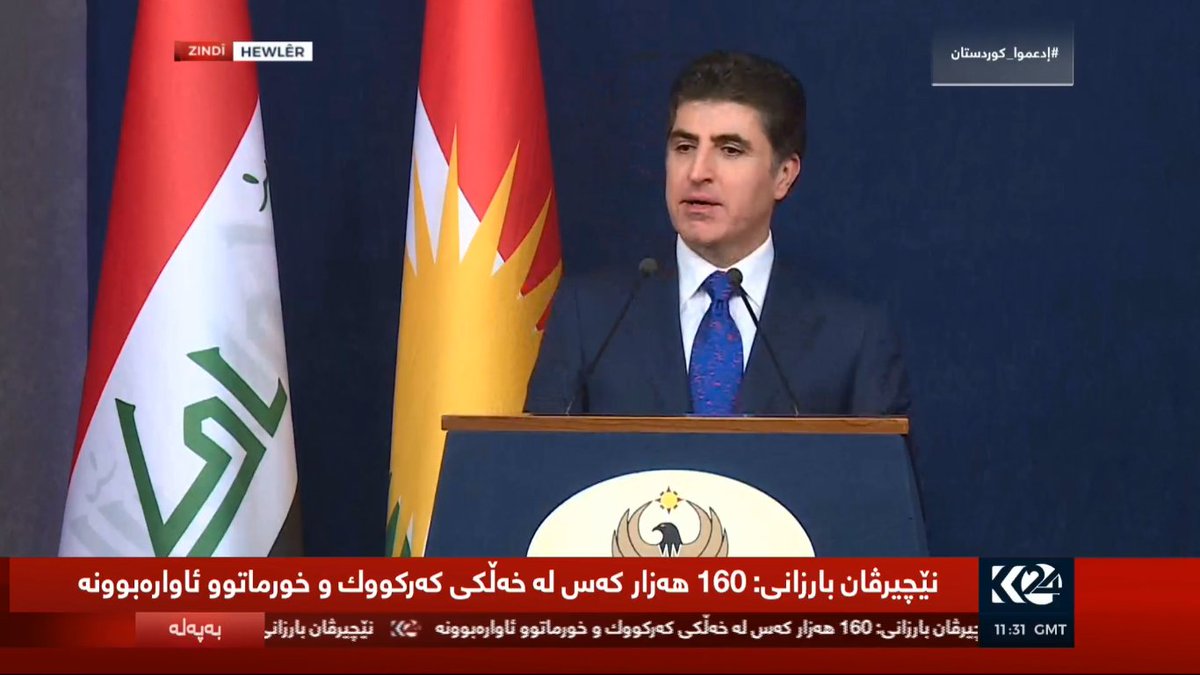 
Various laws and treaties demand that the US halt all supplies to Iraq but the US government looks the other way.

Replying to @DrWidad_A
PMF militants and the Iraqi army are involved in acts of persecution, forced displacement and Arabization of the occupied territories of Kurdistan, including Kirkuk. Those responsible MUST be brought to justice #SaveKirkukFreeKurdistan #DrWidad

As the civilians are attacked, the US looks the other way.

Ghaith Abdul-Ahad reported for THE GUARDIAN on how the Iraqi forces have attacked the Iraqi civilians in Mosul.  Over the weekend, Amnesty International's UK director wrote to the editorial board of THE GUARDIAN:

Ghaith Abdul-Ahad’s extremely disturbing report on Iraqi government soldiers torturing and cold-bloodedly killing captives after this year’s battle for Mosul should be urgently acted on (After the liberation of Mosul, an orgy of killing, 22 November). The authorities in Baghdad should establish an independent, impartial inquiry into all aspects of the conduct of its troops and allied forces – including United States and United Kingdom ones – during this cataclysmically bloody assault.
Deliberately killing fighters who have surrendered or who have been captured is absolutely prohibited under international law. Needless to say, killing civilians in these circumstances is also utterly unlawful – a war crime.
Kate Allen
Director, Amnesty International UK

It gets worse.  RT reports:

The Americans have finished with the Kurds, now they can pack up and go. This is what happened in Iraqi Kurdistan, and in Syrian Kurdistan the same situation will be repeated, says award-winning Iraqi Kurdish journalist Hiwa Osman.
US President Donald Trump has apparently promised he will “not provide weapons to the YPG [People’s Protection Units],” according to Turkish Foreign Minister Mevlut Cavusoglu, who was present during the phone call between the US president and his Turkish counterpart Recep Tayyip Erdogan.


The US government has a long history of betraying the Kurds.

They also have a history of looking the other way as tyrants they install abuse the people.

October 22nd, the Iraqi military descended upon Samir's home and dragged him off.  His crime?  Hayder al-Abadi didn't like Samir's reporting.

In other news, Captain Ahmad Jarah was killed in Baghdad today in a motorcycle drive by.  In Baghdad.  In broad daylight.  Grasp what that says and foretells.

And we'll close with this from the ACLU:

Update: Time is running out. Chairman Pai has released a draft order of his plan, that if adopted, would undo net neutrality. Make a call to Congress now to save net neutrality.
Federal Communications Commission Chairman Pai plans to announce a vote on November 22 to allow major corporations – like Verizon and Comcast – the power to block mobile apps, slow websites, and even control which news outlets we can access. Hearing enough strong disapproval from Congress could persuade him to stall this disturbing plan.
Call your members of Congress today and tell them you oppose Chairman Pai’s plans to dismantle net neutrality.

Enter YOUR phone number (including area code). Make sure this phone is near you now. We’ll route your call to your members of Congress.


Once connected, introduce yourself to the congressional staffer who answers the phone and say:
I'm asking you to contact FCC Chairman Pai and demand he abandon his current plan to dismantle net neutrality. The free flow of information on the internet is critical to a healthy democracy.
Federal Communications Commission (FCC) Chairman Pai is pushing to reverse net neutrality protections – important rules for protecting the free flow of information on the internet. Pai’s proposal allows the companies that provide our internet connection new measures of control over what we do online. This would be a devastating blow to the free and open internet we rely on for streaming videos, communicating with our networks – and yes, reading critical news stories about the state of our democracy.
A world without net neutrality means a world where internet companies like Verizon and Comcast would have the power to interfere with our decisions about which news outlets – and therefore, what news – we should consume.
In 2015 we fought for net neutrality protections and against enormous odds, we won. Now we’re up against great odds again and need to fight back just as hard. Chairman Pai is planning to announce a vote to slash critical net neutrality rules on Wednesday, November 22. Once he announces a vote, it will be difficult to reverse course. But if he hears from enough members of Congress who oppose his plan, we may be able to persuade him to stall his plan.
The ACLU is partnering with Fight for the Future and The Harry Potter Alliance to save net neutrality.