Josh Brolin?  I don’t pay to see him.  I’m not calling for a boycott of his films.  But I will never pay money to see one.
Why?
Barbara Streisand’s son-in-law is known for beating women.
Diane Lane is only one example but she’s more than enough. 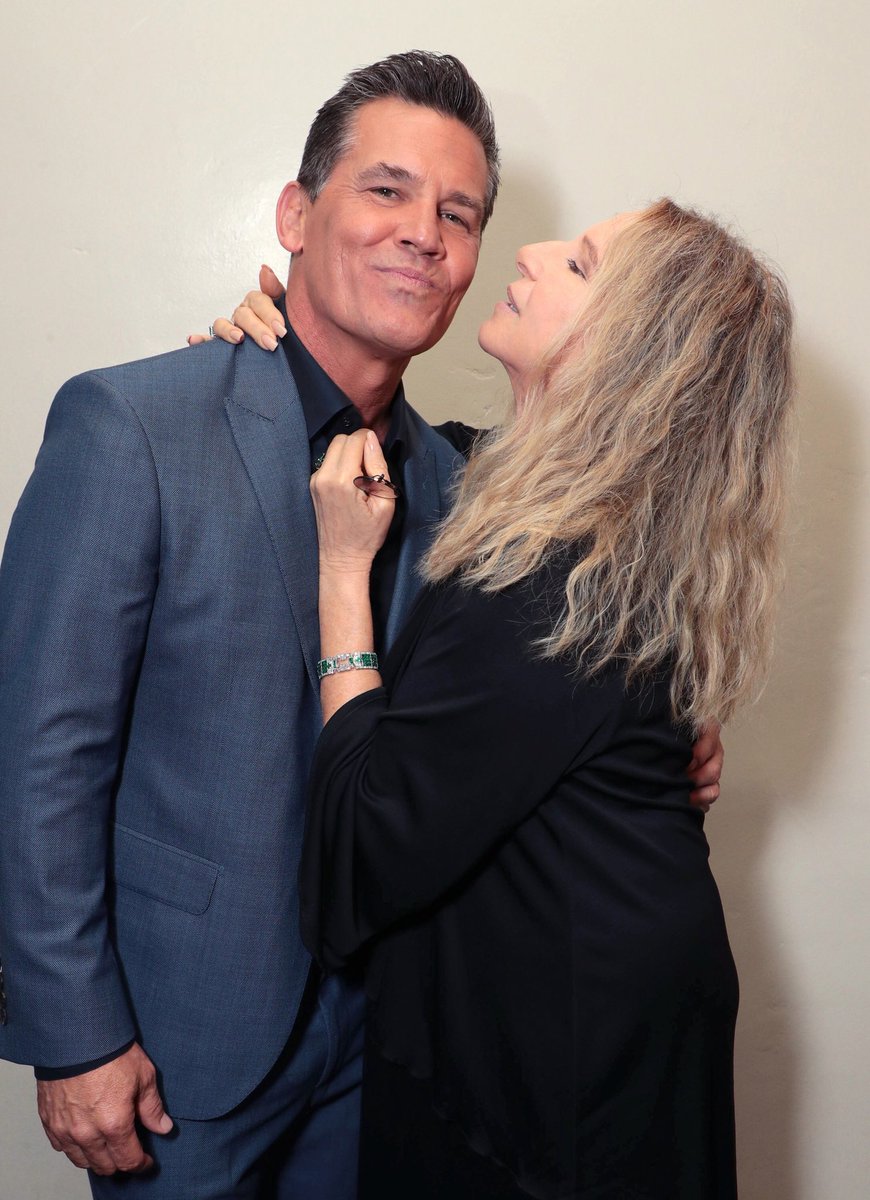 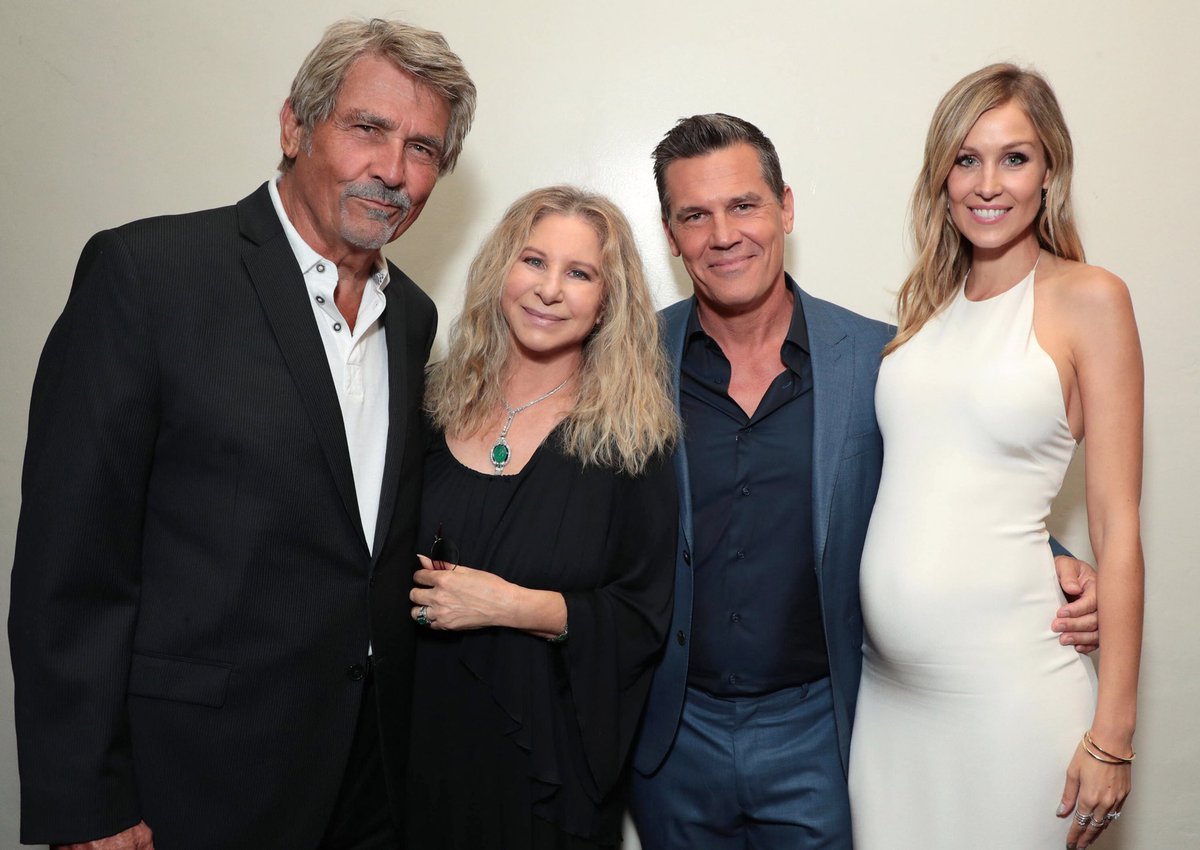 And I’m really appalled when Streisand wants to grand stand on MeToo because beating up a woman is assault and MeToo is not supposed to embrace assault.
Again, I’m not telling anyone, “Don’t hire him.”  I’m not calling for a boycott.  But I have no interest in ever paying money to see him.

Wednesday, June 27, 2018.  Is ISIS defeated is the bigger question before arguing over credit for it's alleged defeat.

Here's a 20 minute interview that I just did w/ Lee Camp. We discuss the latest news on the unaccounted for $21 Trillion & the insanity of dropping 121 bombs a day... (Watch Video)
* I haven't been able to keep Changemaker.Media online without insanely long load times, another topic we discuss in this interview. You can watch the full interview via YouTube here.
There are two short excerpts from the interview posted to Facebook...
Here's the 5 Minute Version on my new YouTube channel.

Staying with bombs being dropped, the US Defense Dept announced the following yesterday:

There were no reported strikes in Iraq on June 24.


Now let's stop a minute for a claim that pops up in e-mails from time to time.  US President Donald Trump has not defeated ISIS.  ISIS remains.  Every now and then someone e-mails the public e-mail account insisting that we (this site) are not giving Donald credit for defeating ISIS and neither is the media.  ISIS has not been defeated.  Go back to the so-called 'liberation' (destruction) of Mosul.  We did not run with the lie that ISIS was defeated.  We noted that their original plan was never to seize cities.  That's not why they came into being.  Because Iraq was run so poorly (Nouri al-Maliki), ISIS was able to seize control of cities.

If there's some outlet you're watching or reading that's claimed ISIS has been defeated?  By all means, slam them for not giving Donald credit for that.  But we have never said ISIS was defeated -- and it's not defeated -- no matter how lazy some outlets are.

Not only is the US still dropping bombs on Iraq, supposedly to target ISIS, but ISIS continues fighting on the ground in Iraq.  For example, Mohammed Ebraheem (IRAQI NEWS) reports:

Six Iraqi pro-government fighters were killed and wounded Wednesday in an attack launched by Islamic State on a village in Kirkuk.
A security source told Al-Araby Al-Jadeed newspaper that “IS militants stormed al-Bashir village in southern Kirkuk, and clashed with the security forces and al-Hashd al-Shaabi fighters deployed there for two hours.”

“The fierce clashes between the two sides left a member of al-Hashd al-Shaabi dead and five others wounded,” according to the source.


On the topic of the militias -- al-Hashd al-Shaabi -- let's again note this Tweet:

This is not the first time that the Hashd al Shaabi has publicly threatened US troops (most recently, they did so last November).  These threats are among the reasons that the US government designates Hashd al Shaabi as a terrorist organization.  Of course, Hashd al-Shaabi is also part of the PMU (militias) and they came in second in the May 12th national elections in Iraq.


The House of Representatives unanimously voted last week on legislation requiring President Donald Trump to sanction “persons that are officials, agents, affiliates of or owned and controlled by” two prominent Iran-backed militias that operate in Iraq and Syria. The amendment from Rep. Ted Poe, R-Texas, to a must-pass annual defense authorization bill targets Asaib Ahl al-Haq and Harakat Hezbollah al-Nujaba, both of which are part of the Shiite-led Popular Mobilization Units battling the Islamic State.

Both militias joined with other Iran-backed military forces as part of the Fatah, or Conquest, political coalition, which came in second in the May 12 elections with 47 out of 329 parliamentary seats. Asaib Ahl al-Haq won 14 of those 47 seats, according to Iraq analyst Kirk Sowell, while Harakat Hezbollah al-Nujaba did not field any candidates.
“The US Department of Treasury will ultimately determine if the political wing constitutes an affiliate or entity controlled by” Asaib Ahl al-Haq, a Poe aide told Al-Monitor. “Congressman Poe believes [Asaib Ahl al-Haq] will likely be subject to these penalties unless it completely breaks all ties with the armed wing, renounces violence and acts solely as [an] Iraqi political party with no backing from Iran.”
Which makes for interesting relations between the governments of Iraq and the US.
Shi'ite cleric and movement leader Moqtada al-Sadr came in first in the elections, followed by the militias, followed by current prime minister Hayder al-Abadi.  Moqtada and the head of the militias, Hadi al-Ameri, teamed up.  Now they have been joined by Hayder al-Abadi.  163 seats are needed to form a government -- seats in Parliament.  Those three represent 143 seats.  (That's a CORRECTION to my math on Monday.)  They are twenty seats shy of forming the government.

)))André Levy(((‏ @andre__levy 9h9 hours ago
«May 12’s Iraqi parliamentary election led to a surprising result, with cleric Moqtada al-Sadr’s bloc winning a plurality. Sadr, a nationalist with long opposition to both US and...
0 replies0 retweets0 likes

Although Abadi and the US were deeply disappointed by the result of the election, he could emerge as a compromise candidate for prime minister. Sadr cannot aspire to the post because he is not a member of parliament.


Sadr, who led two violent uprisings against the US and whose followers killed hundreds of Sunnis during inter-sectarian warfare, has projected himself as an anti-sectarian man of the people. His electoral alliance, which included communists, secularists and Sunnis, rejected all foreign intervention and promised to fight corruption, build schools and hospitals and provide for the poor.


What's in it for Hayder?  Possibly he will remain prime minister.  IRAQI NEWS notes:

Iraqi Prime Minister Haider al-Abadi has agreed to fulfill a condition set by Shia cleric Muqtada al-Sadr to retain his post as prime minister in the new government.
According to Alkhaleej Online, Sadr his requested Abadi to withdraw from the Islamic Dawa Party to enter into an alliance and allow him to retain his prime minister’s post.

The long-awaited alliance deal between Abadi’s Victory Alliance, which came third in a May parliamentary election, and Sadr’s Sairoon list, which won the largest number of seats, is expected to help in forming the new government after weeks of political tensions as a result of vote-ragging.


Let's move over to the topic of burn pits:

Amie Muller of Woodbury died of cancer at 36. She served in Iraq & was around toxic burn pits. I’ve worked with her husband Brian who's fighting to save others. Yesterday my bill to help treat these health issues passed the Senate. Time to get it thru the House & signed into law.

And let's pair that with the latest from Burn Pits 360: