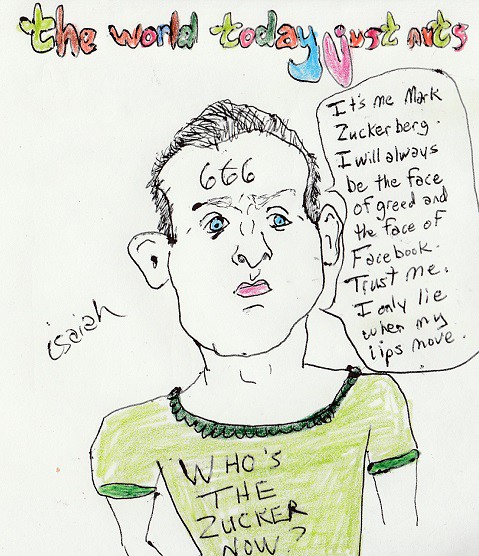 Sorry for not posting last night.  I took part in the roundtable for Hilda’s Mix and planned to post after but I ended up laying down instead.  I went to the bed because my head hurt and my upper stomach felt like a chain with spikes was being drawn through it.  I woke up several times but the pain was still there so I just went back to sleep.  I really wasn’t laying on the mattress so much as I was burrowing.  I don’t get pain like that often but when I do it knocks me for a loop and then some.  Even today, this morning at work, first thing I did was take 4 Exedrin migrane pills.  I just do not feel well lately.  It’s probably the flu.  I always get the flu shot but I usually also always get the flu.  So I’m pretty sure that’s what’s happening.
I just feel worn out and my throat aches.  At work today, I just plugged in the headphones and listened to Joni Mitchell’s Shine.

About seven minutes before lunch was over, I got up and grabbed a bag of Funyons from the machine and ate those.  We had a catered lunch but I just wasn’t into it and didn’t think my stomach could handle it.  The flu always depresses me – to have it or to think of it.  I always think it’s what our bodies are like when we’re reaching the end.  I’m not scared of dying (I’m so Laura Nyro!) but I don’t want to go before my kids are grown.

Ajamu Baraka‏Verified account @ajamubaraka 15h15 hours ago
The connecting points of Hillary advising Europeans on threat of migration & need for stronger borders and Trump's opportunist position on the "wall" and stopping people at the border is White supremacy. Trump is just a cruder version of Obama & democrat party white nationalism.
22 replies183 retweets392 likes


We'll start with this Tweet from Iraq and Afghanistan Veterans of America.

IAVA‏Verified account @iava Nov 25
If you’re a vet in financial trouble because you’re experiencing a late #GIBill payment our Rapid Response Team will do all we can to connect you with non-profit resources in your area: iava.org/rrrp Our bandwidth is limited, but we’ll try to help as many as we can.
2 replies77 retweets76 likes

The problem that never goes away.

Remember when it first surfaced?  We were at the first House hearing, check the archives, and remember the member of the Committee who blamed the veterans?  She's not on the Committee any more.  She's behind bars.  In prison.  Probably still wearing a really ugly wig.  Corrine Brown.  She attacked the veterans over and over in hearing after hearing whenever the VA made a mistake.  She couldn't call out the VA (not when Barack was president).  And as if that's not bad enough, what happened next?  Nancy Pelosi made Corrine Ranking Member on the Committee.

The woman couldn't speak coherently.  She attacked veterans -- which is why all the Veterans Service Organizations backed Tim Walz and not Corrine for the post.  But that's who Nancy wanted.  And Nancy got her way.  For a little bit.  Corrine's a convicted felon.

Nancy's judgment has always been questionable and it remains so.


Alexandria Ocasio-Cortez Retweeted The New Yorker
All the challenges to Leader Pelosi are coming from her right, in an apparent effort to make the party even more conservative and bent toward corporate interests. Hard pass. So long as Leader Pelosi remains the most progressive candidate for Speaker, she can count on my support.
Alexandria Ocasio-Cortez added,
The New YorkerVerified account @NewYorker
The strange thing about the fight to displace Nancy Pelosi as Speaker of the House is that no one seems willing to run against her. nyer.cm/0FBIoyQ
3,311 replies9,165 retweets51,179 likes

The idea that Ms Pelosi is not beholden to and a defender of corporate interests is laughable. I understand not wanting to give up a perceived advantage. But if you don’t reform the party now,you never will. And it won’t matter which D is speaker.
5 replies6 retweets28 likes

You’re right. I think that putting her back in there is little different than putting any 1980 Republican in same spot. Speaker determines what liberal direction + issues will even be discussed.
1 reply2 retweets6 likes

Glad AOC proving a savvier politician than is NEVER the feeds on chaos & burning it all down disorganized left. AOC wise 2push 4change where she can, like by calling4 climate change SC rather than ousting competent Speaker n favor of the nothing out there 2take Pelosi's place.
1 reply1 retweet0 likes

I didn't say she wasn't competent. I am saying she is corrupt and feckless and I want her gone. Understand the difference?
3 replies1 retweet4 likes

Who would you like to see take her place?
1 reply0 retweets0 likes

Not my problem to find someone to replace her. That's a straw man, but u may be asking sincerely. We all the time under the law convict criminals and 'who will replace this man and take care of his family'? isn't a consideration for the court. Why should this be different?
2 replies1 retweet1 like

B/c you don't have any realistic solutions, then u shouldn't even have suggested that AOC shouldn't vote in favor of putting Pelosi back into the Speakership.
1 reply0 retweets1 like

That makes no sense at all. So if the court in my analogy doesn't replace the rapists income and make sure they provide a solution, then they should just shut up and let him proceed with his life. Your argument is not logical.
1 reply1 retweet0 likes

You're analogy doesn't work here. Either Nancy Pelosi or someone else is going to be Speaker. What's your solution? At this time the challenges are coming from the right (the #fivewhiteguys). AOC either dissent in their favor or vote for Pelosi. Those are the only options.
1 reply0 retweets0 likes

And your suggestion that Pelosi is "criminal"--"corrupt" & "feckless" is opinion--not a verdict. The black caucus, including beloved liberal Brenda Lee, is all in for Nancy Pelosi, to whom they never refer as "criminal", "feckless" or "corrupt".
1 reply0 retweets0 likes

Bob‏ @b6m
Replying to @TessatTys @DMeroth and
Keep trying. You refuse to address my logic analogy so you must not have much. Explain to me why Pelosi took any investigation of the Bush cabal Iraq fiasco off the table - torture, theft, corruption, war, murder et al? We have a rule of law and she failed. For that alone ….
8:20 AM - 26 Nov 2018
2 replies1 retweet0 likes
Replying to @b6m @DMeroth and
I knew you were going to take this route because you have no solutions to the speaker problem.
2 replies0 retweets0 likes

And you keep deflecting and ignoring my points. What if she died tomorrow? If she is the ONLY person who can fill that position they are in even worse shape than I believe. Any party that is that reliant on one person ….
1 reply1 retweet0 likes

Ur the1 who has no solution4 replacing Pelosi. Suggested WaPo reading: "Dont blow it Democrats; there's only1 choice 4Speaker", authored by 08 "progressive" who had no intention of voting 4Pelosi & what changed her mind. And why she thinks we shld keep Pelosi til Trump is out.
1 reply0 retweets0 likes

The notion that it's Nancy or no one is laughable.  She did a lousy job as Speaker from 2007 through the start of 2011.  Seven years later, she's going to be re-installed and people act like it's normal.  No, it's not.  When you suffer the defeat the Dems did in the mid-terms of 2010, you don't go back to leadership.  You're eased out.  But because she brings in the big bucks, she gets to remain.

Nancy has accomplished nothing.  She was always a poor communicator but that's only gotten worse as she's gotten older.  It's time for new blood.  That doesn't mean a freshman member of the House.  There are many qualified members who could be Speaker.

Nancy became speaker in 2007 on her promise to get US troops out of Iraq.  That never happened.


#USArmy Soldiers get ready to board a CH47 #Chinook during a live-fire training exercise in Iraq, Oct. 31, 2018. @USNationalGuard photo by 1st Lt. Leland White 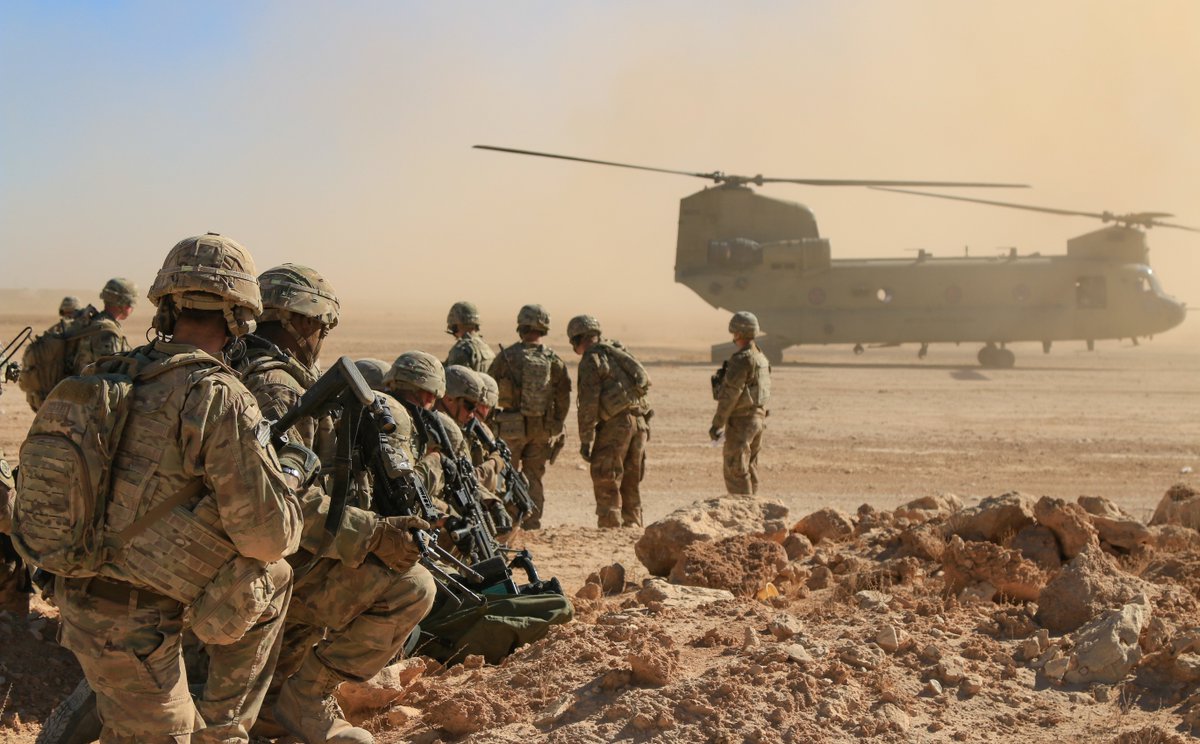 
They remain in Iraq to this day.

Will she become Speaker?  Probably.  She got rid of a rival for leadership a few years back by blackmailing him with photos of him and underage boys drinking and partying.  Nancy always knows how to win -- dirty.  The people supporting her are supporting corruption.  Granted, most are knee-jerk supporting her (Cher) because Nancy's a woman.  But as far as history will be concerned, it will be Nancy's power plays and blackmail that she's remembered for, not her gender.


Nothing has changed in Basra.  The protests started in July.

Over 100,000 people have been sent to the hospital for drinking the water in Basra.  Even that's not been fixed.  All around the world, politicians pocket money and refuse to serve the people they are supposed to represent.

On the topic of lawmakers, ALBAWABA offered:

The process is not expected to go smoothly after the Sunni National Axis Alliance, allied with the Binaa bloc, threatened to obstruct any vote on the Defense Ministry portfolio, which 28 nominees are vying for.
Ahmed al-Jabouri, a leader in the National Axis Alliance and a deputy at the Legal Affairs parliament committee, told Asharq Al-Awsat Monday that the bloc must have power over choosing the next defense minister because it represents Sunnis in the country. He cited how other blocs submitted candidates based on their representation of the Iraqi people.


The actual wording, for the above to have been a news report, should have been "Iraq's parliament is scheduled to vote . . ."  That's reporting.  "Will vote"?  That's predicting.

And guess what?  They got their prediction wrong.

There was no vote today.  MIDDLE EAST ONLINE reports:

Iraq's parliament will vote next week on whether to approve the remaining eight candidates for Prime Minister Adel Abdul Mahdi's cabinet, the speaker's office said on Monday.
The session initially scheduled for Tuesday, Nov. 27, was delayed late on Monday night by one week.
Lawmakers last month confirmed only 14 out of the 22 ministers Abdul Mahdi initially presented, but nevertheless approved a confidence motion, allowing him to become prime minister.

Eight ministries, including the vital defence and interior portfolios, remain vacant. Parliament initially said it would vote on the remaining ministers earlier this month but the vote was delayed due to disagreements over nominees.


Adel Abdul al-Mahdi still can't form a government.  Maybe he needs to follow through on his threat earlier this month and just resign?

Iraq's suffering and he can't even get a Minister of Defense confirmed?

Meanwhile the flooding in northern Iraq continues to claim lives.