And the war drags on

For years, at THE COMMON ILLS, Sundays meant "And the war drags on . . . " posts featuring that song by Donovan.

The war still drags on.  It's time for this country (the US) to say "Enough!" and demand a real and actual end to the war in Iraq -- all US troops out.  Now!


Let the gaffes begin!  Saturday, former Vice President Joe Biden announced he was running -- and then took it back in the first gaffe of what will surely be his latest gaffe filled campaign for the presidency.

What wonders will he provide this go round?

"I get criticized by the new left. I have the most progressive record of anybody running.” -Biden

He turned Anita Hill into a villain in the Hill-Thomas hearings.

Are you someone struggling under college debt?  Thank Uncle Joe!  Biden's the one who led the effort to make it impossible for you to escape that debt -- even declaring bankruptcy will not get rid of that crushing debt.  That's Joe Biden.

When not protecting the banks, Joe could be found making fun of workers.


And you can check out Mary Harris' SLATE podcast where she and NYT columnist Jamelle Bouie.discuss realities about Joe.

"I get criticized by the new left. I have the most progressive record of anybody running.” -Biden

Realities include that he voted for the Iraq War.  Realities are that he handed Bully Boy Bush an award just last year.  He owns the Iraq War.  He is part of the crowd that pushed it.  He will have to answer for the ongoing Iraq War which hits the 16 year mark this week.

Joe Biden "I'm told I get criticized by the new left," Biden said. "I have the most progressive record for anybody running.". Yea he supported USA invading Iraq, very progressive. Go back to sleep.
0 replies0 retweets0 likes

politico.com/magazine/story… In addition to opposing integrated school bussing, supporting the 2nd invasion of Iraq, and spearheading passage of a racist 1994 crime bill that upped drug war, Joe Biden supported a bill that made it more expensive for poor people to file for bankruptcy
0 replies0 retweets0 likes

Right wing Democrat Joe Biden says, "I'm the most progressive Dem running for president." Yeah Joe, the guy who voted to go into Iraq and is responsible for Clarence Thomas being on Supreme Court.

Replying to @TweetingYarnie
@JoeBiden is so progressive, right?

Responsible for how the #AnitaHill hearing went.

Sucks up to the rich. pic.twitter.com/RKQPCSVsZY
0 replies0 retweets0 likes

Replying to @mtracey
According to Joe Biden he supportered the Iraq War because he fell for Republican propaganda about weapons of mass distraction and stealing American oil, do we really want someone that is stupidier than Donald Trump as President #Biden2020 #JoeBiden #Election2020 #Democrat 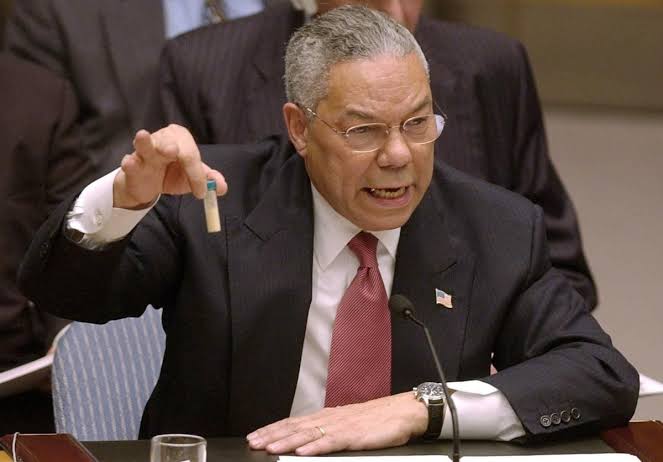 
Enough of Joe.  Let's play spot the careful wording with this article from THE NATIONAL:


Iraq’s defence ministry said on Monday that a military meeting between officials from Baghdad, Tehran and Damascus will take place in Syria to strengthen security co-operation.
The tripartite convention is expected to focus on countering terrorism and sustaining stability in the region, the ministry said.
An Iraqi delegation, headed by the chief of army staff Lieutenant General Othman Al Ghanmi, arrived in Damascus on Sunday.

Iraq has no Minister of Defense.  The "defence ministry" is a building.  No one heads it.

He was unable to.  Even when he reduced the number of posts in the Cabinet, he still couldn't fill it. Despite this, at the end of October he was named prime minister.

The Constitutional provision exists for a reason.  It's a test to see if the person will be an effective leader.  Mahdi failed the test.  So is it any real surprise that he fails as prime minister?

All these months later, there is no Minister of Defense, there is no Minister of Interior.  The western press keeps offering stories on ISIS, about how it is on the rise in Iraq.  And yet Mahdi is unable to fill the needed security posts.  This happened before.  During Nouri al-Maliki's term.  He refused to fill the post because he wanted to control it.  How did that work out?  Oh, right, Mosul was seized by ISIS.


But the goodwill is fading. The National Democratic Institute, which has been polling Iraqis for several years, say many in the Sunni areas are losing faith in the government. At the Sulaimani Forum, Ancuta Hansen, the NDI’s director for Iraq, warned of a “deepening pessimism,” as Sunnis struggle to rebuild their homes and find jobs in their devastated cities.
We’ve seen this movie before, and and we know the sequel. IS is already making a comeback in parts of Iraq, stepping up a campaign of suicide bombings and intimidation. It already has a large pool from which to recruit new fighters: tens of thousands of Iraqis accused of helping IS are crammed into isolation camps, which draw inevitable comparisons to Camp Bucca, the U.S.-managed prison where the leadership of the terrorist group hatched their plans for jihad. The longer Baghdad drags its feet on reconstruction, the larger that pool will grow.
Abdel Mahdi is right that the world has a responsibility for Iraq’s reconstruction: that responsibility begins with pressuring him to do his part.

Will any other western journalists have the fortitude to note the reality of Iraq today -- sixteen years into the ongoing war?
on March 19, 2019